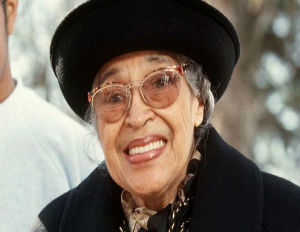 The late civil rights activist Rosa Parks will be the first African-American woman to be depicted in a statue on Capitol Hill’s Statuary Hall, BET reports.

Each of the 50 states have designed two statues of their most prominent citizens to Statuary Hall in Capitol Hill and Rosa Parks will represent Alabama, the state where she refused to give up her seat on a segregated Montgomery bus in 1955. Her act helped trigger the Montgomery Bus Boycott and the Civil Rights Movement. The statue will be unveiled in late 2013.

The U.S. Postal Service will be honoring Parks as well. On Feb. 4, the postal service issues a special “Historic Forever” stamp in honor of Parks’ 100th birthday.