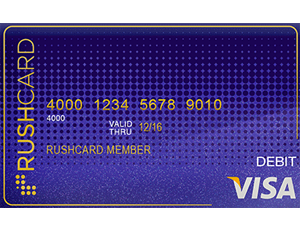 In October, a tech glitch left many RushCard users unable to access their funds. In a hurricane of posts across Twitter and Facebook users complained of not having access to money; some in danger of having utilities and other services cut off because they could not pay.

As of last week, there are complaints across social media that some still have not received their RushCard funds or reimbursements which, apparently, many had been promised:

In an interview with HipHop DX, Simmons said the RushCard debacle was “one of the most devastating timesâ€ in his adult life. “I know how hard people work to get money. I know how damaging it could be if people were not able to get to their money… I’m deeply sorry,â€ he said.

Will the RushCard debacle tarnish Simmons’ reputation as an astute businessman and entrepreneur?

“It won’t tarnish Russell’s reputation long term because his successes far outweigh his failures. But I don’t expect anyone to be asking him to handle their money in the immediate future either,” says Earl Douglas, Jr., executive director for The Black Rock Coalition and author of Black Rock Volume 1. Douglas is a long-time music and black entertainment culture insider and analyst.

In order to appease customers, RushCard announced that from November 1, 2015, to February 29, 2016, customers would not incur any fees when using their RushCard.