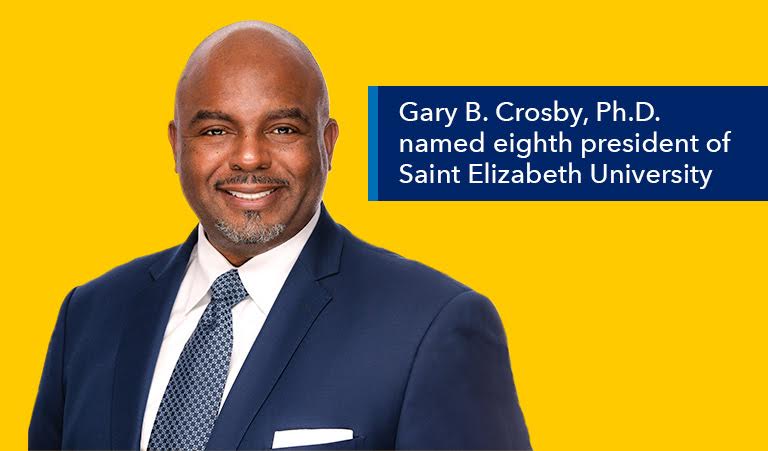 Gary Crosby has become the eighth president, the first Black president, and the first male president of Saint Elizabeth University.

Crosby, an alumnus of Southern Mississippi University and Jackson State University, will take over from Helen Streubert, who served as the University’s first female president since 2013. Crosby said that as president, he will demand the excellence Saint Elizabeth has always been held to.

“I stand before you today as president because God put people in my life who not only delivered excellence, but they also demanded it from me,” Crosby said during his inauguration ceremony Thursday, according to NJ.com.

Crosby previously served as the vice president for student affairs at Alabama A&M University (AAMU) and has almost two decades of experience in higher education. While at AAMU, Crosby assisted in university-wide strategic planning and management. He was also involved in admissions and recruitment, financial aid, and registrar.

In a statement, Crosby said he’s thankful for the opportunity and is ready to get to work.

“I am deeply honored to join Saint Elizabeth University as its eighth president. I thank the SEU Board of Trustees for their vote of confidence in me,” said Crosby. “I was drawn to SEU’s history of service in leadership to others, as well as its longstanding proactive commitment to diversity, equity, and inclusion. Its focus on social justice, dating back to the institution’s founding by the Sisters of Charity of Saint Elizabeth, is more critical today than ever. I look forward to advancing the University’s mission while supporting the opportunities and programs that make SEU a place I want to call home.”

“Saint Elizabeth University is excited to welcome Dr. Crosby to our community. His mission-driven strategic approach is an excellent fit with SEU’s legacy and the major transformation our institution has undergone over the past eight years,” said Elizabeth M. Renyi, chair of the SEU Board of Trustees. “We look forward to working with him as we continue to grow, expand and diversify through the ongoing evolution of SEU.”

Crosby holds a bachelor’s degree in criminal justice from The University of Southern Mississippi. He also has a master’s degree in political science and a doctorate in urban and regional planning from Jackson State University.