McDonald's Salads Only 2 to 3 Percent of Sales 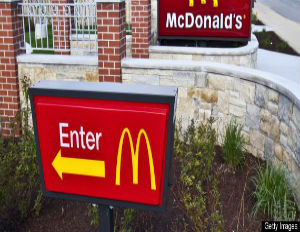 Salads make up only 2 to 3 percent of U.S. restaurant sales at McDonald’s, Chief Executive Officer Don Thompson said at an investor conference. By contrast, the Dollar Menu generates 13 percent to 14 percent of sales, he said.

“I don’t see salads as being a major growth driver in the near future,â€ Thompson said at the Sanford C. Bernstein & Co. Strategic Decisions Conference in New York.

Thompson says they’ll push hamburgers and chicken sandwiches in advertisements instead of salads, and he points out that the McWrap sandwiches and other items have healthy portions of lettuce and cucumber slices.

Still as Burger King, Carl Jr.’s and Wendy’s are pushing healthier items like turkey burgers, veggie burgers and grilled cod sandwiches, McDonald’s, is also trying to keep pace with the healthy eating trend and plans to offer an egg-white sandwich in the near future. It’s just that salads aren’t working.