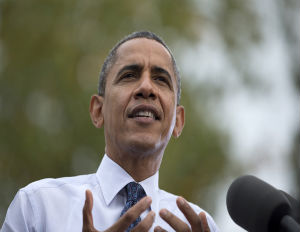 Though Salt Lake City, Utah is the capital of Mormonism, its newspaper of record is not endorsing the Mormon candidate for president, Mitt Romney.

In a extremely critical review of Mitt Romney the editorial board of the paper wrote:

Nowhere has Mitt Romney’s pursuit of the presidency been more warmly welcomed or closely followed than here in Utah. The Republican nominee’s political and religious pedigrees, his adeptly bipartisan governorship of a Democratic state, and his head for business and the bottom line all inspire admiration and hope in our largely Mormon, Republican, business-friendly state.

But it was Romney’s singular role in rescuing Utah’s organization of the 2002 Olympics from a cesspool of scandal, and his oversight of the most successful Winter Games on record, that make him the Beehive State’s favorite adopted son. After all, Romney managed to save the state from ignominy, turning the extravaganza into a showcase for the matchless landscapes, volunteerism and efficiency that told the world what is best and most beautiful about Utah and its people.

In short, this is the Mitt Romney we knew, or thought we knew, as one of us.

Sadly, it is not the only Romney, as his campaign for the White House has made abundantly clear, first in his servile courtship of the tea party in order to win the nomination, and now as the party’s shape-shifting nominee. From his embrace of the party’s radical right wing, to subsequent portrayals of himself as a moderate champion of the middle class, Romney has raised the most frequently asked question of the campaign: “Who is this guy, really, and what in the world does he truly believe?

Romney and his wife Ann own a vacation home in Utah.