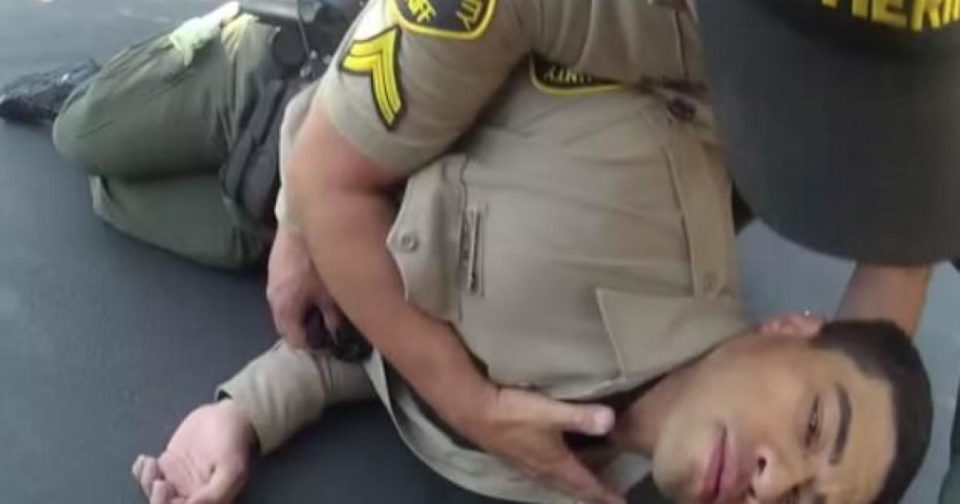 The San Diego County Sheriff Department has raised some antennae after a video of a deputy passed out on the ground was released. The deputy was allegedly under the influence of fentanyl after processing it following an arrest. Experts who have seen the video are calling foul.

The public safety video explained that the deputy had a near-fatal experience. The video showed “an actual incident involving our deputy as he processed a white powdery substance that tested positive for fentanyl,” a department news release said, according to CBS News.

The deputy was about six inches away from the drug during a July 3 stop.

After the video was released last week, health experts immediately criticized the San Diego County Sheriff’s Office for being misleading.

“It is very clear that you cannot overdose by touching fentanyl,” said Dr. Leo Beletsky, a professor of law and health sciences at Northeastern University.

Dr. Ryan Marino, medical director of toxicology and addiction medicine at University Hospitals in Cleveland was concerned that the video does a disservice to first responders.

“His pupils are normal-sized. His color never changes. His arms are sort of rigid and outstretched. His eyes stay open. All of these things point away from an opioid overdose or any overdose,” said Dr. Marino. He said that the belief that merely being near fentanyl could cause a panic reaction.

San Diego County Sheriff Bill Gore claimed that the video is part of bodycam footage, but the entire video (from the bodycam) has yet to be released. Either way, he was incredulous about the fact that experts are skeptical about the events in question.

Gore told The San Diego Union-Tribune that he was shocked by the backlash. Gore, who is not a physician, diagnosed the deputy with an overdose himself and said he thought that even the light exposure the deputy had could result in a fatal outcome.

After his interview with The San Diego Union-Tribune, where he was apprised of the experts’ opinions, Sheriff Gore canceled all other media appearances on the matter.

For his part, the San Diego County Deputy David Faiivae, who “overdosed,” said that he was unable to breathe and “almost died.” Faiivae is currently a trainee.

Sheriff Bill Gore, who has served three terms, has announced that he does not plan to run for another term.