San Francisco Mayor London Breed: 'Don’t Get it Twisted. I Am the Mayor, But I’m a Black Woman First' 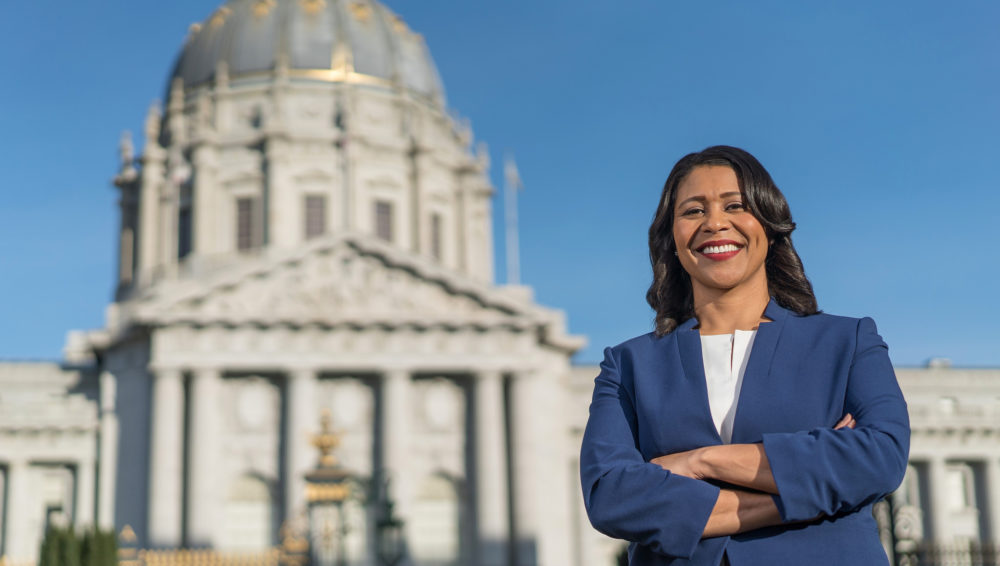 On Monday, hundreds of people gathered in front of City Hall in San Francisco to hear from Mayor London Breed, community leader Amos Brown, District 10 Supervisor Shamann Walton, artist Jamie Foxx, and other leaders in the community. Just a day after over 1,000 people peacefully protested in the streets, Breed organized a Kneel-In rally in support of black lives. Many of the leaders shared remarks that moved the crowd. But many were blown away by Mayor Breed as she made it a point to not mince her words.

Since being elected mayor of San Francisco, Breed has garnered the support of many as the first black woman to hold the position in the history of the city. As a woman who grew up in public housing in the western section of San Francisco, Breed is familiar with the plight of the overlooked black community in the city from housing disparities to the wealth gap. And of course, police brutality. In 2006, Breed’s cousin was killed by a San Francisco police officer. And as black America cries out for the end of white supremacy and more value to be placed on black lives, Mayor Breed has been vocal about being sick and tired of being sick and tired.

ABC 7 News reported and shared the video from Kneel-In with Breed and it has since caught the attention of many.

During the rally, Breed told the crowd, “Don’t get it twisted, I am the mayor, but I’m a black woman first.”

When addressing the crowd, she opened with, “My heart has been heavy. Yes, I’m the mayor, but I’m a black woman first. I’m a black woman first. I grew up in this city. I grew up not too far from here in public housing. I never thought I’d be mayor. I never thought I’d be in any situation to push for change. The reason why I got involved in public office in the first place had everything to do with wanting to make sure that I’m the norm and not the exception,” said Breed.

She concluded her time on the steps of City Hall saying, “Don’t get it twisted. I am the mayor, but I’m a black woman first. I am angry. I am hurt. I am frustrated. I am sick and tired of being sick and tired. I don’t want to see one more black man die at the hands of law enforcement. That’s what this movement is about,” she then led the crowd in the chant, “Not one more.”

Mayor Breed sentiments are shared with leaders and people around the world.