Which San Francisco Tech Companies Pay Their Interns the Most? 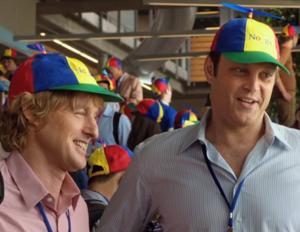 In "The Internship," Owen Wilson and Vince Vaughn play Google interns. According to Glassdoor, they are the ninth-highest paying company for interns.

According to Glassdoor, a jobs company that provides in-depth information on companies ranging from benefits, salaries, and reviews by anonymous users, Silicon Valley is the place to be if you’re looking to make some real cash without having a real job.

The company compiled the salary of 20 interns at companies around the world to create a list of the top 25 companies that pay their interns the most. Dominating the majority of it were technology-based companies, while oil and energy services filled out the rest of the chart.

With the average median household income in 2012 approximately $53,046, the income difference between blue collar workers and the knowledge workers in San Francisco is extremely apparent.

Palantir, a computer software and services company based in the San Francisco Bay Area pays on average $7,012 per month, and took the top spot as the highest-paying company for interns. To put that in perspective, that’s a yearly salary of $84,144.

In fact, 18 of the 25 companies listed are located in the San Francisco Bay Area.

The report doesn’t clarify how long the interns are at each company, unfortunately.

Last on the list of the top 25 companies? Schlumberger, the world’s largest oilfield services company, paying their interns a paltry-by-comparison $4,634 per month. You can check out the report below and on Glassdoor’s blog.