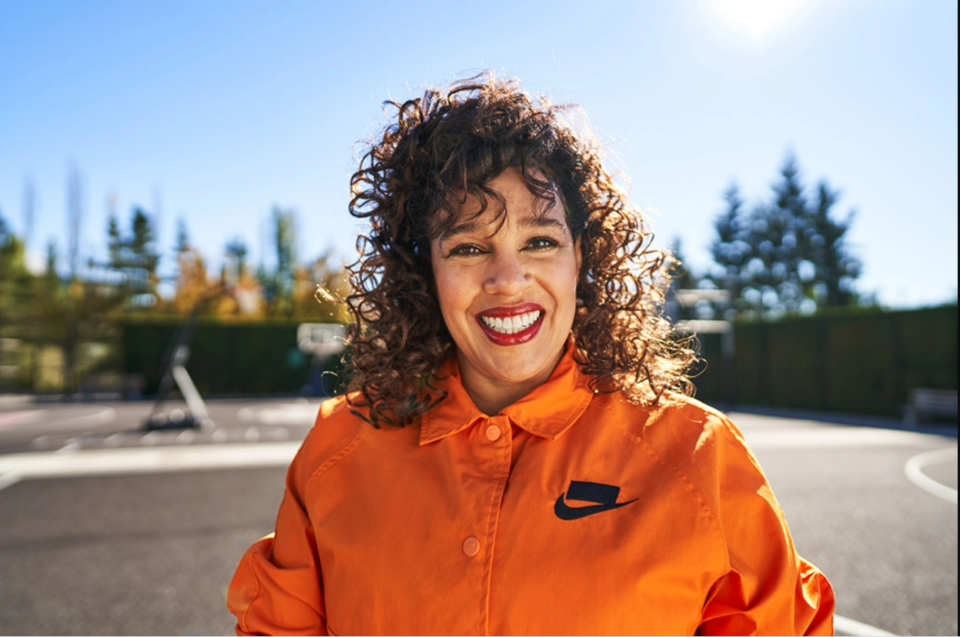 Mensah told Footwear News (FN) that her appointment shows the brand’s commitment to diversity and elevating women. The Oregon University alum added the appointment is something she takes seriously.

“It’s important to me personally and to our athletes, our employees, our consumers. We talk a lot about listening to them, and the best way to listen is to reflect them,” Mensah said.

“I feel a tremendous amount of responsibility because Nike means so much to the Black community. To be the first Black woman leading this geography is an incredible mandate.”

The state of Oregon has always been close to Mensah’s heart. In addition to earning two degrees from the University of Oregon, she spent almost two decades with the Portland Trailblazers NBA franchise, where she worked her way up from corporate sales manager to executive vice president/chief operating officer.

Like many other companies, Nike is still dealing with supply chain and delivery issues. According to Mensah, every part of Nike’s business is seeing significant change as a result, including retail development, operations, and staffing in the U.S. and Canada, and more.

“It’s a challenge every day, the largeness of it. Part of the surprise is that we’re navigating it,” Mensah said.

“The secret sauce is a tremendous amount of empathy and communication.”

Mensah added that communicating with her team and giving them the ability to be open and honest about their challenges has been a priority, especially during the pandemic. She also acknowledged that she does not have all the answers and, as a result, is comfortable listening to her team’s suggestions and solutions to problems.

The Nike executive also advises her staff to listen to their gut and follow their emotions, especially when it comes to career decisions, because the road typically traveled may not always be the best or most efficient.

“So many of us, especially in my generation, spent a good portion of our time in business trying to emulate what the guys were doing, thinking there would be some reward at the end,” she said.

“The best way to unlocking success is to trust that gut and know that your voice matters.”