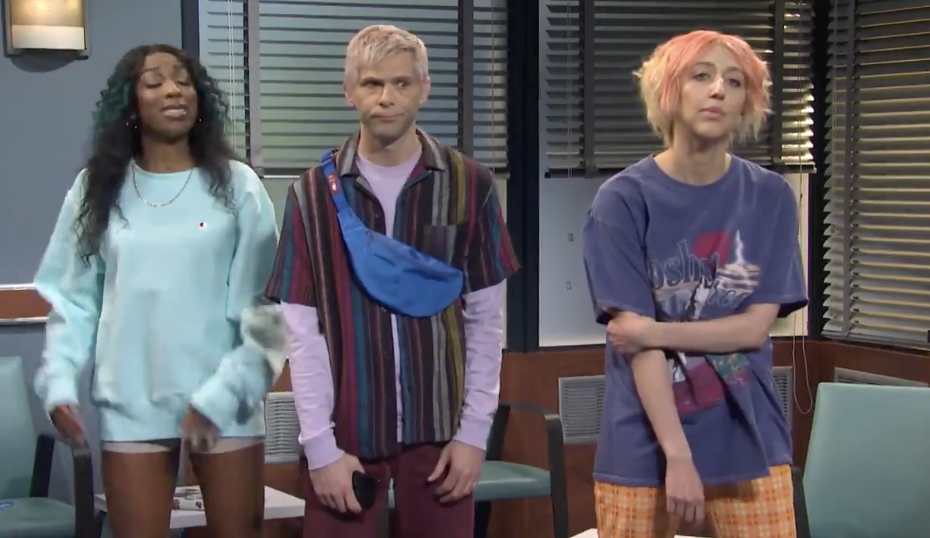 There is no question that Black culture heavily influences American/pop culture. There’s also no question that mainstream American culture steals from the culture mentioned above while attributing credit to something completely separate.

On Saturday night, a skit performed on the long-running comedy sketch show Saturday Night Live (SNL) didn’t go over well with Black folks on social media. The routine was an ill-attempt at using African-American Vernacular English (AAVE) and ascribing it to Generation Z.

Reactions from Twitter ranged from disgust to an all-out lesson on why AAVE existed in the first place.

To all the people that wrote this damn skit pic.twitter.com/zokkkergRD

yeah no, this is unacceptable. AAVE is NOT Gen Z slang, it’s NOT twitter slang, and it’s definitely a form of appropriation when used like this so thanks for mocking Black culture.

if a bunch of millennials can do the research, i know SNL can too ⬇️ https://t.co/Vm6hJvRWfU

I’d consider this a form of Blackface. You can call it Gen Z all you want but y’all are only fooling these yt folks

This is why black people (AA) want to gatekeep aave. Aave isn’t some funny internet language created by some teens on TikTok nor is it slang, it’s a whole dialect with its own rules. Black people have been literally speaking like this during slavery of course-

So y’all wrote a script, acted out, rehearsed, and recorded this sketch, and still saw nothing wrong with it? pic.twitter.com/a6eYxePjlD

AAVE is a creolized version of American English created by enslaved Africans brought to the Western Hemisphere.

“Creolization is a common process that results from lots of people who speak different languages needing a common means to communicate and mixing their languages together to make one,” The Messenger reported.

Although academia criticizes AAVE, it is a viable and flowing language that continues to expand even after its inception over 500 years ago.

In 2018, The Atlantic reported that “most speakers of African-American English do learn to code-switch naturally.”

Ultimately, the preservation of AAVE revolves around gatekeeping Blackness. And skits like those portrayed on SNL should be dragged.