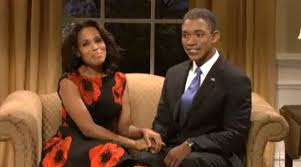 The Civil rights group ColorOfChange.org has asked Saturday Night Live creator Lorne Michaels to address the show’s exclusion of black female comedians as cast members by penning an open letter to Michaels and the NBC show’s producers. With more than 900,000 members, ColorOfChange.org is the nation’s largest online civil rights organization.

“Since Maya Rudolph’s departure in 2007, SNL has failed to cast even one black woman — yet still manages to traffic in dehumanizing portrayals that make race and gender the butt of the joke,” reads the letter from ColorOfChange.orgÂ executive director Rashad Robinson. “SNL seems committed to aggressively continuing to push images of black women as incompetent, rude, hypersexual and financially dependent. Frankly, we’re tired of this disrespect.”

Robinson demanded to know what Michaels will do to “ensure black women are no longer excluded from the show.â€

SNL has two African American cast members, Kenan Thompson and Jay Pharoah, both of whom, the LA Times reports, have recently lamented the lack of black women in the ensemble. After Rudolph’s departure, Thompson and Pharoah have dressed in drag to play black women, which is something Thompson reportedly has said they no longer wish to do. Other cast members of color are Nasim Pedrad, who is Iranian-American, and new featured player Noel Wells of Hispanic-Tunisian descent.

NBC and Michaels declined to comment, but Michaels told the Associated Press he believes there will be a black woman on the cast again in the future.

SNL’s approach to the lack of diversity controversy was the appearance of Kerry Washington on the show last weekend. The opening sketch featured Pharaoh as President Barack Obama in the Oval Office, reeling from embarrassing political setbacks. There was the arrival of Michelle Obama, followed Oprah, and then Beyonce. The catch was that Kerry Washington was playing all three of them, because SNL doesn’t have any black women on its cast. The following text rolled along the screen as Washington was off camera supposedly changing into her Beyonce wardrobe:

The producers at “Saturday Night Live” would like to apologize to Kerry Washington for the number of black women she will be asked to play tonight. We made these requests only because Ms. Washington is an actress of considerable range and talent and also because “SNL” does not currently have a black woman in the cast. As for the latter reason, we agree that this is not an ideal situation, and look forward to rectifying it in the near future…unless, of course, we fall in love with another white guy first.

“It was compelling to watch Kerry Washington and Jay Pharoah take on the issue of SNL’s lack of black women cast members,â€ Robinson issued in follow-up statement. “While certainly clever, it unfortunately doesn’t change the racial makeup of the current cast, or the reality of SNL‘s problematic history with race and gender. Saturday Night Live has substantial power in shaping the comedic world beyond Saturday nights. The absence of black women on SNL means that black women will continue to be overlooked – in both casting and character development – on sitcoms, late night talk shows, and in comedic films.â€

Robinson went on to write, “All jokes aside, we hope that NBC and Lorne Michaels are taking this conversation seriously. After 39 years and 137 cast members – just four of them black women – Michaels has an opportunity to make lasting change in the show’s casting policies by opening doors for black women on SNL, and moving us closer to a media landscape that is reflective of the American scene.â€

ColorOfChange.org reports that Robinson is expected to meet with senior NBC executives later this month to discuss what steps NBC and Lorne Michaels will take to ensure the inclusion of African American women in SNL’s cast.