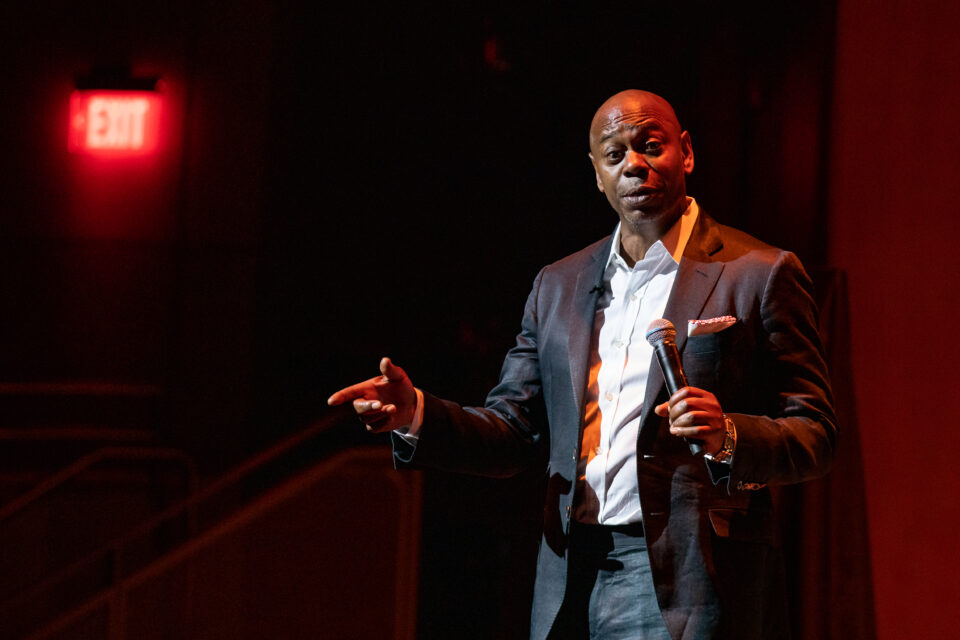 Comedian Dave Chappelle speaks at the dedication of the theater at the Duke Ellington School of the Arts in Washington, D.C. on June 20, 2022. (Photo: Amanda Andrade-Rhoades for The Washington Post via Getty Images)

A wave of complaints rolled in criticizing the move given that the controversial comedian used insensitive jokes about the trans community in his 2021 comedy special. Now they want NBC to cancel Chappelle’s appearance this Saturday.

The news of Chappelle’s appearance immediately caused many social media users to express their concerns. That included Terra Field, who worked for Netflix at the time of Chappelle’s 2021 Netflix show, The Closer.

According to Newsweek, while working at Netflix, Field held the title of co-vice president of Netflix’s transgender employee resource group. She resigned last November in protest over Chappelle’s special, which aired in October, and led several other employees in a walkout at the company last year.

“Wait I thought I cancelled him. Is it possible cancel culture isn’t a real thing??”

Having Dave Chappelle host SNL again is a slap in the face to trans people, including one of their own new cast members. What the hell Lorne?!

we will not be watching. this is really disgusting. you literally have a nonbinary cast member

There was also a stream of users who tweeted a photo actor and former SNL host Don Cheadle wearing a brown shirt that stated: “Protect Trans Kids”

Although there were initial protests from the trans community and its allies, the comedian’s momentum never slowed. He has performed countless shows across the world, even pairing with other comedians like Chris Rock and Kevin Hart. There have been a number of people speaking out against his upcoming appearance, but he also has many supporters.

The announcement of the comic’s appearance was made via the show’s Twitter page: