Save the Date: Women of Power Summit 2016 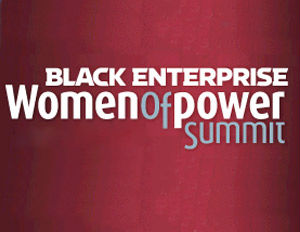 As with each Women of Power Summit there will be an abundance of trailblazing women attending with talks, mixers, sessions and networking opportunities to leave you rejuvenated and empowered.

[Related: [Recap] BE Women of Power Summit ‘Moving From Pain to Power’]

If you were unable to attend this year’s summit you missed guest speaker Lisa Nichols, CEO, Motivating the Masses, as she delivered a thought provoking keynote on how to acknowledge your “blind-sideâ€ and look to overcome it; Vernice “FlyGirlâ€ Armour, the first African American female combat pilot in the US Armed forces, shared her 7-Step, Battle Tested Method for Accomplishing Goals that Matter; Sharon Epperson, Racquel Oden and Black Enterprise’s Senior Editor and Money Expert Stacey Tisdale talked about the importance of financial independence and the need for women to take charge of their money management; Star Jones moderated a panel on maneuvering through the next steps in your career; Judy Smith, Founder, President, and CEO, Smith and Company (not to mention the inspiration behind hit show Scandal) offered tips on handling a crisis and so much more. Next year will continue to exceed expectations–don’t miss it.

Please be on the look out at BlackEnterprise.com and via social media @BlackEnterprise as speakers, activities, and sessions are announced.