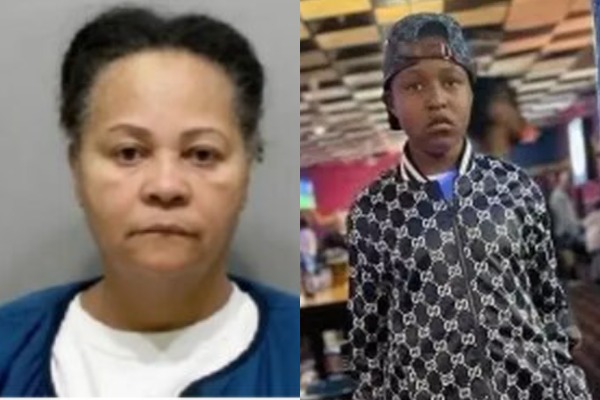 A Detroit school bus driver is facing criminal charges after letting a 13-year-old autistic student off on a busy street where the child was fatally hit.

Debra White, 65, is accused of letting 13-year-old Zyair Harris off the school bus onto a busy street where she allegedly did not activate the bus’s stop sign and lights, resulting in the teen being struck by an oncoming vehicle, WXYZ reports.

Harris died at the hospital on April 6 due to complications from the severe injuries he sustained from the hit.

“My son was autistic, so you didn’t care, you just let him out, in the middle of the street. And then when he got hit, she pulled out, she saw him get hit and still pulled off,” Zyair’s mother Cassandra Jones said.

CHARGED: The Wayne County Prosecutor's Office has charged Debra White, 65, of Detroit, in connection with a vehicle crash on April 6, that killed 13-year-old Zyiar Harris. pic.twitter.com/EFZXIhCE2P

According to Jones, White pulled across the street from her home without the stop sign out, and without walking Harris out, Fox 2 Detroit reports. Once off the bus, Jones said a car came flying down the street hitting her son.

“Seeing my son laying there, with blood coming out his mouth, and his body twisted, how would any mother feel about that,” Jones said.

White has since been charged with second-degree child abuse and failure to stop at the scene resulting in death.

“You send your child to school, you think he’s safe with these people, and they failed her, the system failed her and her child, and the rest of us, and this shouldn’t have happened,” said Harris’ aunt, Lorise Yarbrough.

“He is an autistic kid, but he is very smart, but anyone who has any sort of compassion for a child, you know you’re supposed to guide them across the street, he never got the chance. She let him off the bus, and as soon as he cross the street, the car hit him,” Yarbrough added.

The family has started a GoFundMe seeking help with funeral arrangements.