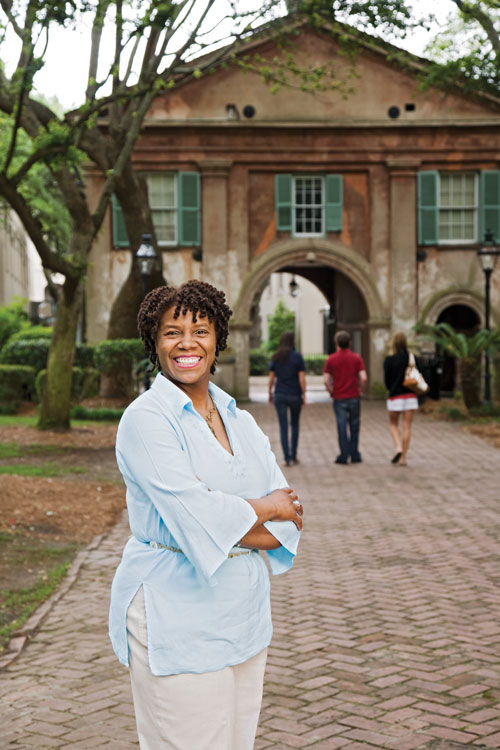 Borrowing money to further yourÂ  education–and by extension, your earning power–is what most financial experts refer to as incurring “goodâ€ debt. But even after Laquita Blockson earned her Ph.D. in business, the thousands of dollars she amassed in student loans and credit card debt didn’t feel so good. “I started my Ph.D. debt free, having never taken out a loan for my undergraduate or master’s degrees. I wound up leaving school with a great job, but also a lot of debt,â€ Blockson says.

Because she’d earned scholarships as an undergraduate, Blockson had no student loan debt when she entered the doctoral program at the University of Pittsburgh in 1996. But by the time she’d completed her studies in 2002, she had accrued more than $40,000 in student loan debt. Today, Blockson is an assistant professor in the School of Business and Economics at the College of Charleston in South Carolina. This was no small feat for the 38-year-old. Only 7% of college faculty in the United States are African American, according to the National Center for Education Statistics, as of fall 2007.

While earning her doctorate, Blockson also used her credit cards. Although her alma mater paid her tuition and gave her a monthly stipend of $1,100 for participating in its teaching assistantship program, the money still wasn’t enough to cover all her expenses. So Blockson charged some school-related items that weren’t covered by her loans or reimbursed by the university. “The credit cards were used primarily for living expenses and other school-related expenses such as books, my computer, access to databases for my research, travel to interview individuals for my dissertation, and travel to conferences where I presented my research.â€

Blockson is not alone. According to the National Postsecondary Student Aid Study, which examines how graduate students finance their education, doctoral students amassed up to $49,000 in educational debt during the 2007—2008 school year.

Hampering Blockson’s financial progress is the fact that she carried two mortgages for a year and depleted her emergency savings. She didn’t profit from selling her first home, which was in Iowa, where she lived and taught before moving to South Carolina. “I sold that house for the price I paid [$145,000]. Plus I wound up paying all the accrual costs and all the arrears to bring myself up-to-date at the closing.Â  Additionally, the costs of being a homeowner have her strapped. “Any additional money I make usually goes toward maintaining the house.â€