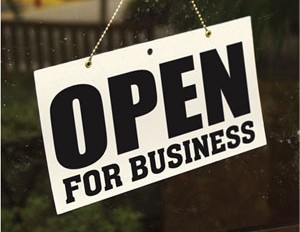 When Curvel Baptiste launched the discount retail space Juxster in 2010, he had no desire to build a traditional storefront. “A lot of stores were closing,â€ he says. Instead, he would e-mail potential customers about upcoming sales on his website, so they wouldn’t have to “spend hours wandering around trying to find a particular product.â€ Juxster is a members-only e-commerce site that sells street, skate, and surf apparel.

Baptiste is not alone. According to a new report by Forrester Research and Shop.org, e-commerce sites continue to snag customers from brick-and-mortar stores, with online retailers having an average growth rate of 28% during 2010. Entrepreneurs are also shunning permanent storefronts for temporary establishments such as kiosks, pushcarts, and other short-term in-line venues. In fact, the temporary retail market is responsible for $8 billion in sales in 2010 and rose 14% in the first two quarters of 2011 over the year before, according to Patricia Norins, publisher of Specialty Retail Report, which looks at temporary retailers and provides resources for finding supplies, suppliers, and locations.

The U.S. retail vacancy rate is at 7%, according to CoStar Group Inc., offering entrepreneurs the opportunityÂ  to take advantage of a weak real estate market and the short-term rental trend.Â  The national average annual cost of renting a 6,000-square-foot retail space in a strip center is $16.27 per square foot or $97,620 per year, compared to paying around $10 to $250 a day for booth rental at a flea market or a little more than $1,000 to house a pop-up shop for four weeks.

Success stories like eBay and Amazon prove business owners can do without a traditional store if they have a strong Web presence. Likewise, portable storefronts such as food trucks and flea markets are a great form of marketing since they go where the customers are, says Norins.

Here are five ways retailers can reach customers without making a long-term rental commitment and how some savvy business owners have made alternative storefronts pay off.