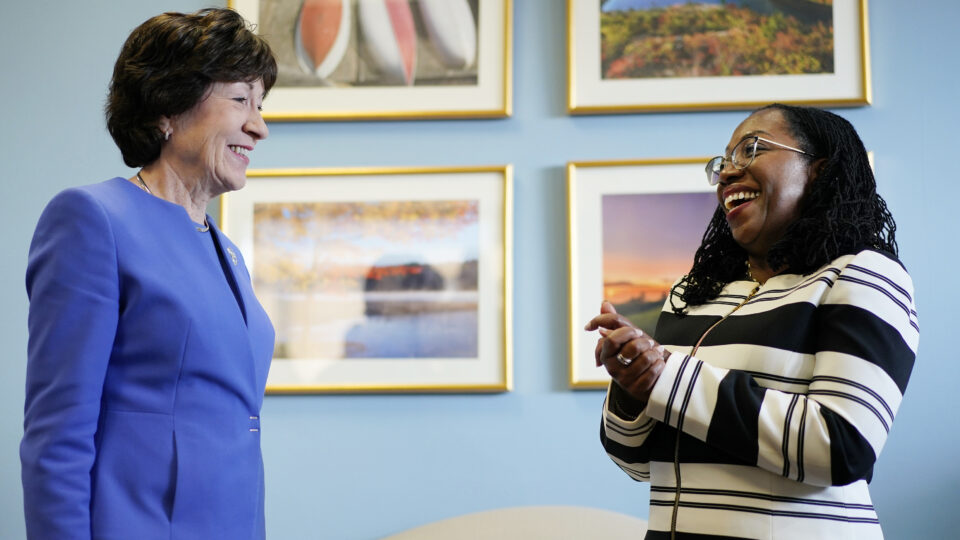 “After reviewing Judge Ketanji Brown Jackson’s extensive record, watching much of her hearing testimony, and meeting with her twice in person, I have concluded that she possesses the experience, qualifications, and integrity to serve as an Associate Justice on the Supreme Court,” Collins said in her statement according to CNN.

“I will, therefore, vote to confirm her to this position.”

Brown Jackson, who showed poise and grace in what many are calling the most contentious confirmation hearing, was virtually assured the spot after Sen. Joe Manchin (D-W.V.) said he would support Brown Jackson, but with Collins’ support, the confirmation will now be bipartisan and will provide cover in case Manchin changes his mind.

Collins and Brown Jackson met for a second time earlier this week and Collins later told reporters that Brown Jackson “provided clarification on some of the issues, so it was a useful meeting.”

Sen. Mitt Romney also met with Brown Jackson earlier this week, but he has not said if he will vote for the Harvard graduate. Sens. Lindsey Graham (R-S.C.) and Lisa Murkowski (R-Ala.) voted to confirm Brown Jackson to the powerful DC-based appellate court.

Collins is the first Republican to say that she will vote for Jackson. Mitch McConnell (R-Ky), Josh Hawley (R-Mo), Tom Tills (R-N.C.), and Ted Cruz (R-Tx.) have all said they will not confirm Brown Jackson.

In her statement, Collins added that she and Brown Jackson do not agree on everything, but that is not a disqualification for the judge. She also said the confirmation process is “broken” due to partisan politics and has moved away from the appropriate evaluation of a nominee’s “experience, qualifications and integrity.”

“This is the approach that I plan to continue to use for Supreme Court nominations because it runs counter to the disturbing trend of politicizing the judicial nomination process,” Collins told reporters.