Sen. Tim Scott (R-S.C.) made an appearance on Face The Nation where he explained why he should be leading the conversation about police reform instead of being the butt of all jokes.

In the summer of 2020, as the sponsor of the JUSTICE Act, which stands for Just and Unifying Solutions to Invigorate Communities Everywhere, and being the only Black Republican in the Senate, he leads the GOP effort to demand police departments become more accountable and transparent in response to George Floyd and Breonna Taylor deaths.

However, Scott’s bill failed to secure 60 votes, meaning it could have been filibustered by fellow Republicans who controlled the Senate, with Democrats stating that it would have not banned chokeholds and no-knock warrants, respectively.

Scott, believing himself to be a negotiator of some sort, proposed a compromise on qualified immunity for police officers that would transfer responsibility from the individual officer to the department they are employed by, The Atlanta Black Star reported.

“One of the reasons I have asked to lead this police reform conversation on my side of the aisle is because I personally understand the pain of being stopped 18 times driving while Black,” Scott told host John Dickerson. “I have also seen the beauty of when officers go door to door with me on Christmas morning delivering presents to kids in the most underserved communities.”

Last June, House Democrats introduced a police reform bill called the Justice in Policing Act to go after police officers’ qualified immunity, which protects police officers from being held personally liable when someone claims their constitutional rights have been violated.

It passed on the House floor but was met with some opposition from the GOP.

Scott is hopeful both parties can merge the JUSTICE Act and the Justice in Policing Act into one bill.

The South Carolina senator has shown his intentions to work with Democrat on criminal justice reform, but his infamous rebuttal remarks following President Joe Biden Congressional address, saying, “America is not a racist country,” have tarnished his perception as a leader for police reform among the affected communities and has received harsh criticism on social media.

The backlash has led to Scott being referred to as “Uncle Tim,” a play on the “Uncle Tom” slur used to describe a Black person who embraces white goals and values. 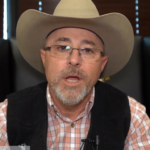 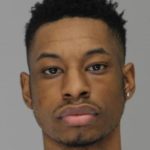