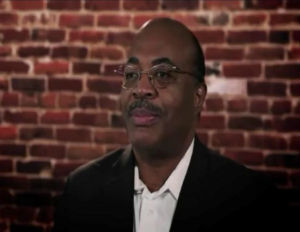 According to Raymond Hill, the founder and owner of New Jersey-based Sequin City, his business is the only sequin manufacturer in the country, and it’s a true American success story. After being fired from the company where he worked, Hill returned years later to buy the building he had been fired from.

He tells BlackEnterprise, “After being unceremoniously fired, I decided to start my own business, and 10 years later I’m sitting at the same desk that I was sitting at when I was fired. Only this time I own the business.”

He says he had an arrangement with the owner for a commission if the firm did any sales of more than a million dollars.

“Within a year and a half we had reached two and a half million in sales. Each month he would write out those big commission checks and he became angrier and angrier. One day he just walked in and fired me. At the time I thought it was the absolute worst. I had a 2-year-old son and I had just gotten out of hospital. In hindsight it was the best thing that happened because it forced me to do what I had been thinking about all along — and that was start my own business.”

So how did Raymond Hill return five years ago to buy and set up shop in the same building he was fired from? It’s quite a story.

According to Hill, “He didn’t understand that usually a sales manager has very close ties to the customers. When I left the first thing Â I did was reach out to my customers and tell them I was no longer there and I was branching out on my own. They said when you’re up and running give us a call. Once we were up and running [my former employer’s] sales just nose-dived because they all came to me.”

Once Hill decided he was breaking out on his own he purchased a 5,000 sq.-ft. property and started Sequin City.

After spending 10 years at the 56th Street location, he faced a dilemma. The landlord was selling, forcing Hill to move.

After searchingÂ desperatelyÂ for a new space, Hill knew deep inside that the best location would be the place he had been fired from, especially since it had retained the multimillion-dollar equipment necessary to operate the business. Now remember, the former owner had gone out of business because, well, the customers had all gone with Hill. But this was easier said than done. The owner told him straight up that the only way he was getting the place was over his dead body.