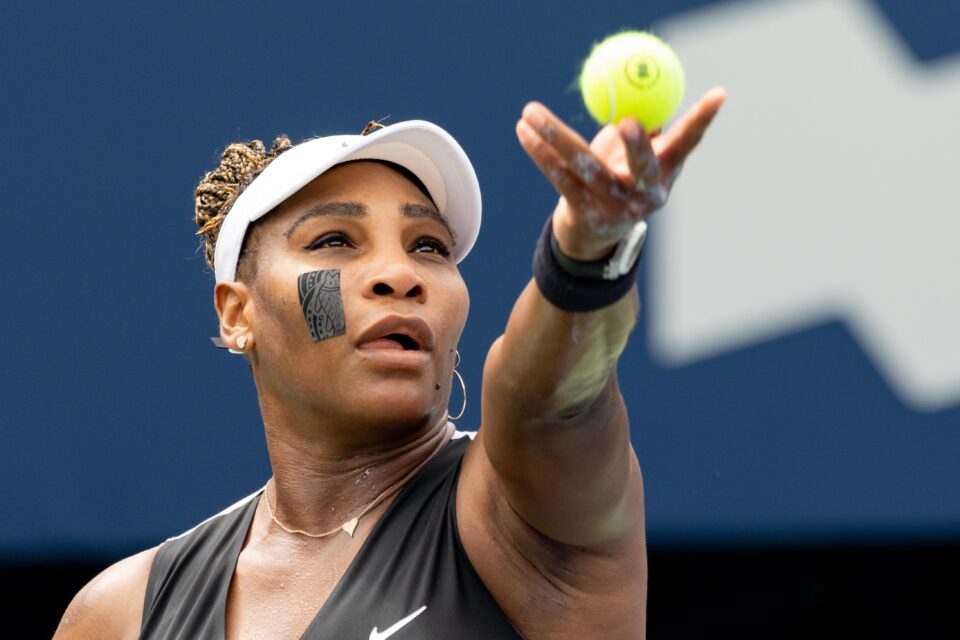 TORONTO, ON - AUGUST 08: Serena Williams serves the ball during her National Bank Open tennis tournament first round match on August 8, 2022, at Sobeys Stadium in Toronto, ON, Canada. (Photo by Julian Avram/Icon Sportswire via Getty Images via Getty Images)

Serena Williams, who has won 73 career singles titles and 23 career doubles titles, announced she would retire after this year’s US Open.

Williams, who turns 41 next month, made the announcement in a Vogue article, in which she talks about her daughter Olympia’s desire to be a big sister and how difficult it is to walk away from a game she’s dominated for two decades.

In Vogue’s September issue, @serenawilliams prepares to say farewell to tennis on her own terms and in her own words. “It’s the hardest thing that I could ever imagine,” she says. “I don’t want it to be over, but at the same time I’m ready for what’s next” https://t.co/6Zr0UXVTH1 pic.twitter.com/YtGtcc18a9

“I have never liked the word retirement. It doesn’t feel like a modern word to me. I’ve been thinking of this as a transition, but I want to be sensitive about how I use that word, which means something very specific and important to a community of people,” Williams wrote. “Maybe the best word to describe what I’m up to is evolution. I’m here to tell you that I’m evolving away from tennis toward other things that are important to me. A few years ago, I quietly started Serena Ventures, a venture capital firm. Soon after that, I started a family. I want to grow that family.”

The US Open, which she has won six times (1999, 2002, 2008, 2012, 2013, 2014), will be Williams’ last pro event. The tennis legend will likely spend her post-playing days working on her venture capital fund, Serena Ventures. She also has sponsorship deals with a bevy of companies, including Nike, Audemars Piguet, Away, Beats, Bumble, Gatorade, Cash App, Gucci, Lincoln, Michelob, Nintendo, Wilson Sporting Goods, and Procter & Gamble.

Williams, who has made more than $94 million in career earnings, admitted she’s been avoiding the topic of retirement.

“Alexis, my husband, and I have hardly talked about it; it’s like a taboo topic. I can’t even have this conversation with my mom and dad,” Williams said. “It’s like it’s not real until you say it out loud. It comes up, I get an uncomfortable lump in my throat, and I start to cry. The only person I’ve really gone there with is my therapist!”

Williams cited former female tennis players Ashleigh Barty, who retired in March, and Caroline Wozniacki who retired in 2020, as two women she admires for knowing they were ready to move on from the game.

“Praise to these people, but I’m going to be honest. There is no happiness in this topic for me. I know it’s not the usual thing to say, but I feel a great deal of pain. It’s the hardest thing that I could ever imagine. I hate it. I hate that I have to be at this crossroads,” Williams wrote. “I keep saying to myself, I wish it could be easy for me, but it’s not. I’m torn: I don’t want it to be over, but at the same time, I’m ready for what’s next.”

The younger Williams sister will leave the game as one of its most decorated players. She is second to Margret Court with 23 career grand slam titles with a career record of 365-54 in grand slam tournaments. She’s also the only female tennis player to record more than 65 wins in all four Grand Slam tournaments (US Open, French Open, Wimbledon, and Australian Open).