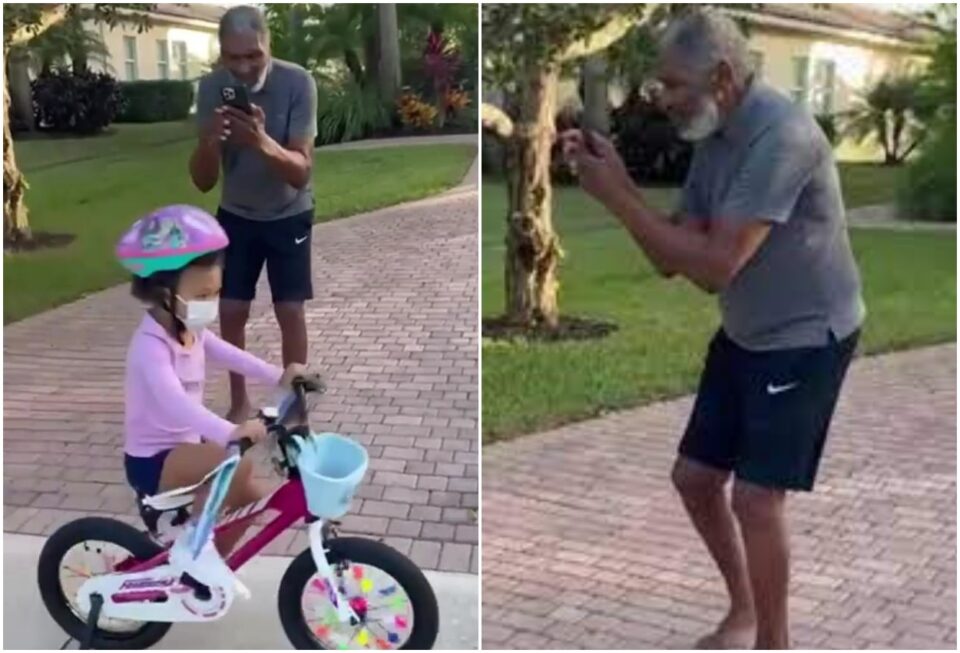 With Serena Williams‘s father is getting his roses while he’s still here in the new King Richard biopic, the tennis champion decided to share a “rare sighting” of Grandpa Richard.

“A rare sighting, the one and only G.O.A.T. still motivating … King Richard, but I call him daddy,” Serena captured an adorable video.

In the clip, a barefoot Richard Williams encourages his granddaughter, Alexis Olympia Ohanian Jr. as she rides her bike.

Serena highlighted her heartwarming family moment ahead of the November 19 release of her father’s biopic starring Will Smith. The film tells the story of how Richard coached his two daughters into becoming the tennis legends they are today all while raising them in Los Angeles’s South Central in the 90s.

The video of her father is a rare sighting indeed as Richard hasn’t been seen out publicly in recent years. He even opted out of walking Serena down the aisle during her 2017 wedding to Reddit co-founder Alexis Ohanian, People reports.

“He was in New Orleans, he had a suit, and I know he was really excited,” Serena said recalled in her HBO documentary Being Serena. “But then he wrote me and said: ‘Serena, I don’t want you to be mad at me, but I just can’t walk you down the aisle. I’m not myself anymore. I’m just too nervous.’ “

Venus Williams praised the film and Will Smith’s portrayal of their father while recalling the emotion she felt having her life relived onscreen.

“I love that it captured the innocence — the innocence we still hang on to, actually. It’s kind of difficult for me to say, ‘Oh, this film shows me.’ Because me is Serena. Me is my sisters. And there’s no me without her, and I could have never done what I’ve been able to achieve on the court without her because I was also watching her and learning,” Venus told Entertainment Weekly.