Shalandfa Young Has Been Confirmed As Deputy Director Of The OMB 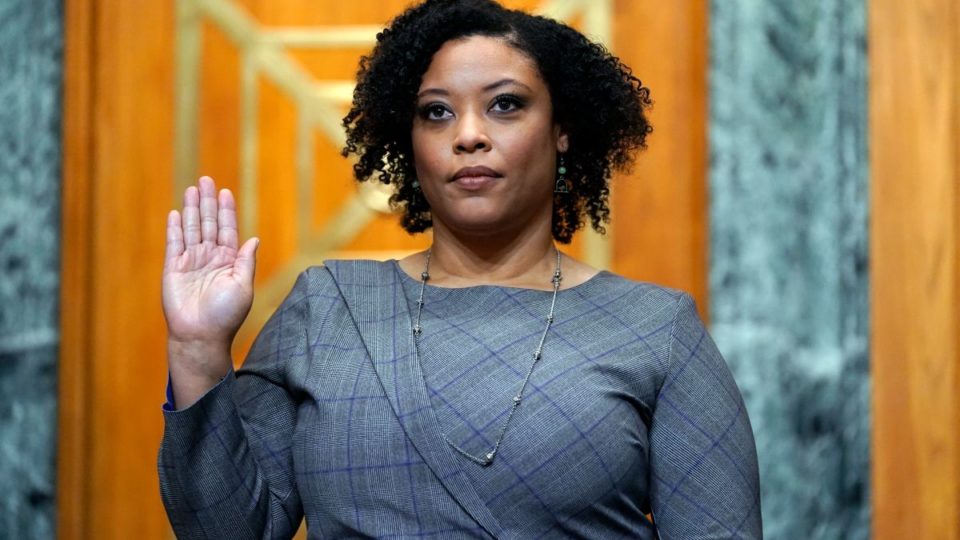 Shalanda Young has been confirmed as the Deputy OMB Director. Image: Twitter/@The Root

The Senate confirmed Shalanda Young as the deputy director of the Office of Management and Budget (OMB), as the fight for the top position continues.

Young was confirmed by A 67-37 vote after receiving bipartisan praise from members of Congress. She previously served as the Democratic Staff Director. If picked, Young would be the first Black woman to run the OMB.

Young will serve as the acting chief of the OMB while President Joe Biden finds a replacement for Neera Tanden. Republicans and Democrat Joe Manchin (D-WV) refused to confirm Tanden due to previous statements she made on social media.

Black lawmakers have been pushing for Young to run the OMNB full-time, but Asian American Civil Rights groups are pushing Biden to nominate Nani Coloretti, to be confirmed to the position. The groups believe the representation of Asian Americans in Biden’s cabinet need to be larger.

When Tanden withdrew her name from the OMB Director position, it left Katherine Tai, the first woman of color to serve as a U.S. trade representative, as the only Senate confirmed Asian American in Biden’s cabinet.

“As longtime Members of the Appropriations Committee, we take great pride in recommending Shalanda Young as Director of the Office of Management and Budget,” the group said in a joint statement. “We have worked closely with her for several years and highly recommend her for her intellect, her deep expertise on the federal budget and her determination to ensure that our budget reflects our values as a nation. Her legislative prowess, extensive knowledge of federal agencies, incisive strategic mind and proven track record will be a tremendous asset to the Biden-Harris Administration.”