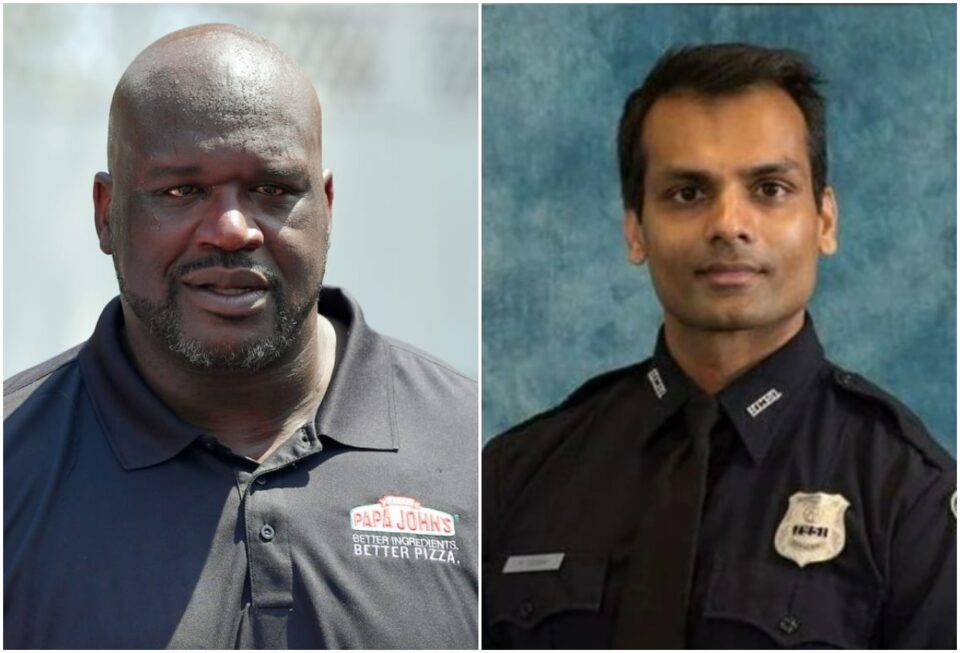 UPDATE: The Henry County Police Department has announced that Officer Paramhans Desai has died from his injuries Monday night.

“Officer Desai continues to serve, even in his passing, by donating multiple organs which will save numerous lives. Please continue to keep Officer Desai’s family in your thoughts and prayers through this terrible tragedy,” the department said in a news release.

Shaquille O’Neal has added $5,000 to the reward being offered for information leading to the man accused of shooting a Henry County, Georgia, police officer who remains hospitalized in serious condition.

His contribution, added to $5,000 from Crime Stoppers Atlanta, $10,000 from the U.S. Marshall’s Office, and $10,000 from the Henry County Sheriff’s Office, brings the total reward to $30,000 as a manhunt for 22-year-old Jordan Jackson continues. Jackson is accused of shooting Officer Paramhans Desai as he responded to a domestic violence call on Nov. 4.

Jackson shot Desai just as Henry County sheriffs’ arrived on the scene in the Atlanta suburb, 11 Alive reports. The 17-year law enforcement veteran remains in critical condition but is stable.

“Let me be crystal clear, we certainly will not tolerate any individual, regardless of who you are, coming to what we consider to be God’s country of Henry County and harming any of our police officers in any kind of way,” Henry County Sheriff Reginald Scandrett said during a press conference.

“So, Mr. Jackson, whatever hole you’re in, I assure you we’re coming to find you, we will place you in custody, and we will bring you to justice.”

According to Fox 5 Atlanta, O’Neal was named director of community relations for the Henry County Sheriff’s Office in January. At the time of the appointment, Sheriff Scandrett said that he believed the NBA vet would play an integral role in improving the relationship between law enforcement and the citizens of Henry County.

“This is a very specific, strategic plan that’s going to be fluid along the way and we’re going to make sure that we sort of attack everyone that needs the help along the way, the mentorship along the way,” Scandrett said at the time.

“Someone helped us—very challenged youth along the way—and if we can do that to someone, we can change not only Henry County but change recidivism and change the state of Georgia and subsequently change these United States.”