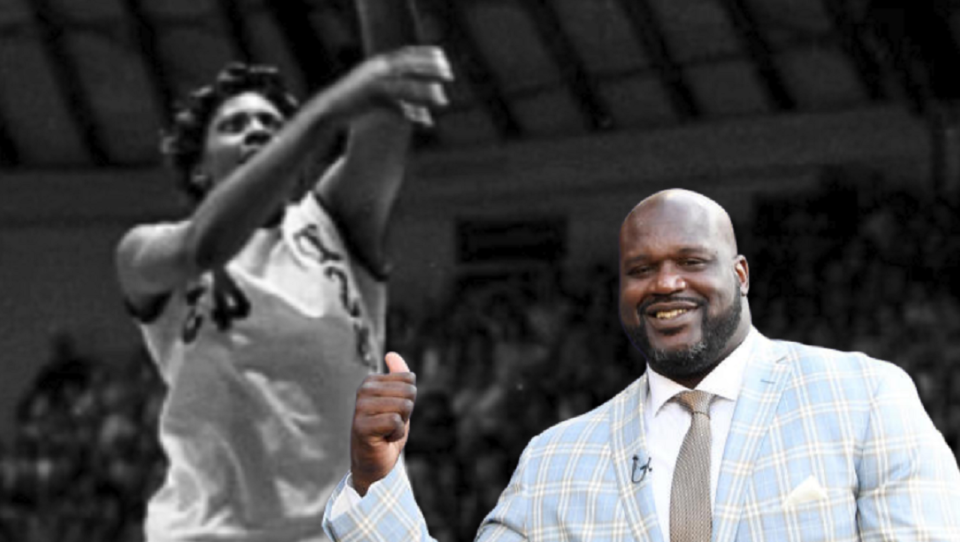 Last fall, NBA Hall of Famer Shaquille O’Neal signed on as executive producer of a documentary on one of the greatest women basketball players in U.S. history, Lusia “Lucy” Harris. Sadly, she died earlier this year in January.

In a recent interview, O’Neal said he regrets not taking the time to meet her in person.

According to Essentially Sports, the TNT commentator and entrepreneur expressed his regret during an interview with filmmaker Ben Proudfoot, who was behind the documentary of the legendary basketball player, Lucy Harris, The Queen of Basketball.

Discussing the documentary with Proudfoot, Shaq signals remorse for not getting to meet her in person, although they’ve connected via Facetime.

” I talked to her a few times and we FaceTimed and all that but when I got the news the same day you did, it kinda hurt me.

He also states that he has a habit of putting stuff off, and he did so with her and should have jumped at the chance to meet her before she passed away.

The documentary, also executive produced by Golden State Warrior sharpshooter Stephen Curry has been submitted for consideration for an Academy Award for Best Documentary Short Subject.

With a pounding and hopeful heart as Academy voting begins today, @SHAQ, @StephenCurry30, @nytopinion and @breakwaterstud proudly submit our film:

Lucy Harris in
👑THE QUEEN OF BASKETBALL👑

Although not a household name, Harris won three national titles in college and took home a silver medal at Montreal’s 1976 Olympic games. Harris also became the first woman ever to be officially drafted by an NBA team. The New Orleans Jazz, before they moved to Utah, picked her in the 7th round of the 1977 draft. She was also inducted into the Pro Basketball Hall of Fame and the Women’s Basketball Hall of Fame.

In the documentary, she discusses her struggles with mental health after she stopped playing basketball and her thoughts about predating the WNBA, which was started in 1996, 20 years after she won a medal at the 1976 Olympics.