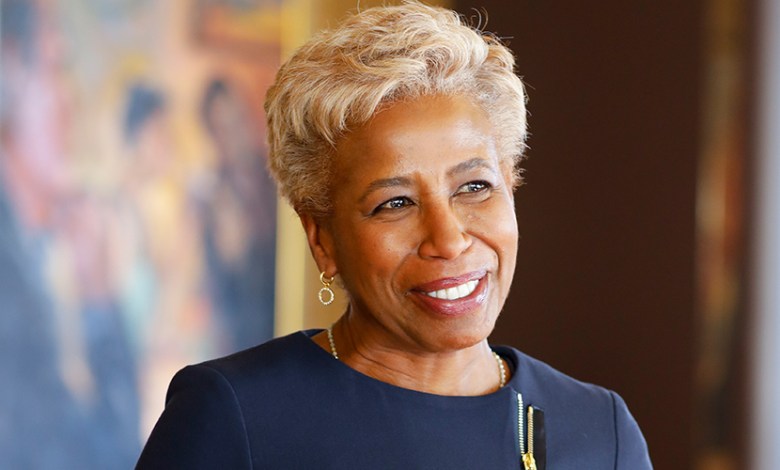 (Twitter)
Sharon Bowen has been named board chair of the New York Stock Exchange (NYSE), making her the first Black woman to gain that prominent role.

Also called the “Big Board,” the NYSE calls itself the world’s largest stock exchange. A deep-rooted Wall Street fixture, it reportedly has a combined capitalization of $36 trillion and 2,400 listed companies.

Bowen’s appointment comes as the Intercontinental Exchange  (ICE), NYSE’s parent company, has announced senior leadership changes. “As organizations everywhere adjust to a world transformed by the pandemic, our management team is evolving along with the market environment,” ICE founder Jeff Sprecher stated, according to TRT World.

The management shuffle reputedly comes as the NYSE faces growing competition from Nasdaq Inc. and other stock exchanges. Nasdaq has raised a total of $191 billion through IPOs in 2021, nearly double the $109 billion raised at the NYSE, based on data from Dealogic.

The Wall Street Journal disclosed advisers to companies holding IPOs say Nasdaq was helped this year by branding itself as the exchange focused on ESG—environmental, social, and governance—criteria. At the same time, the NYSE was hindered by COVID-19 restrictions on its historic trading floor. Nasdaq reportedly was for years the longshot of the two exchanges’ intense battle for new listings.
Known as one of the nation’s top finance and securities lawyers, Bowen is already a member of the boards of ICE and the NYSE. From 2014 to 2017, she was a commissioner at the Commodity Futures Trading Commission overseeing futures markets.
In 2010, former President Barack Obama named her vice-chair of the Securities Investor Protection Corporation, the body that regulates U.S. broker-dealers  Bowen also worked for three decades as a partner and associate in law firms specializing in business law.
In 2013, ICE acquired the NYSE Euronext Group, which was created by the American and European stock exchanges merger, for $8.2 billion, TRT World reported. That deal supposedly built up ICE’s foothold in the lucrative derivatives trading business.
Per CNBC, ICE reported better than expected profits and revenue for the third quarter. This year, the stock is up about 13%, yet staying behind the broader market.