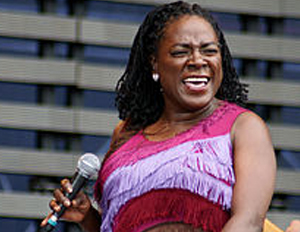 Fans on Monday began saying prayers for Sharon Jones & The Dap Kings, after its front-woman announced that she is seeking treatment for early-stage bile duct cancer, Reuters reports.

“Over the last few weeks I haven’t felt good and I didn’t know what was going on,” Jones, 57, said in a statement posted to Twitter. “We just found out that I have a stage-one tumor on my bile duct. Luckily we caught it really early and fast and the doctors say it’s operable and curable!”

Jones says her operation will require a “lengthy” rehabilitation period.

The soul group has postponed the release of its forthcoming album and tour.Â Its fifth album, “Give the People What They Want,” was set for release on August 6. A new date has not been announced.