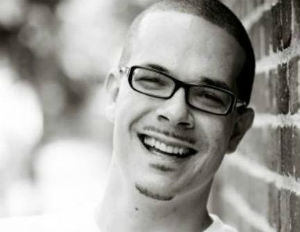 As with any hotbed topic of the week, Twitter users have jumped on the latest side-eye worthy topic, making it a popular trending topic in major markets. Today, Black Lives Matter activist Shaun King took centerstage, with reports that his claims of being biracialÂ are false and that he is, indeed, born of white parents.

Adding more fuel to the fire are allegations that he falsely claimed to be black to get an Oprah Winfrey scholarship to attend Morehouse College.

According to The Daily Beast,Â public records reveal that King’s father, Jeffrey King, is white. King, who reportedly has said his mother is white and father is African American, tweeted that he “did not concoct a lie.” He added, “If you have known me from when I was in elementary school at Huntertown Elementary until now, you’ve known me as black or bi-racial.â€

31. Every single person who knows me BEYOND Twitter, beyond trending topics and HIT PIECES, knows I have never lied about my race.

35. The hilariously tragic part of this is that articles full of lies tried to critique my honesty and reposition me as a fraud. Never that.

It’s going to me a second, but let me show you, on my terms, in my way, that what is happening today is a white supremacist conspiracy.

Twitter users have had mixed reactions, from support to shock to snarky disbelief:

Being a minority today is simply a state of mind, because otherwise this dude is Seattle Starbucks White. #ShaunKing pic.twitter.com/yBZrJdQxHa

#ShaunKing chose to embrace his blackness, and Breitbart is using this to discredit/shame him for being a part of the movement.

#ShaunKing mom,dad,brother..u don’t have to be black to fight racism but did you lie about being black? #notcool pic.twitter.com/jkVSD0Qxvj

.@ShaunKing, you have my support. Keep your head up.