When it comes to making business deals, Shaunie O’Neal likes to go for the 3-pointer. The newly-divorced media mogul is proving she can make major moves on her own with her role as executive producer of the highly-popular VH1 reality show, Basketball Wives, its sister series, Football Wives–both for Shed Media–and starting her own production company, Amirah Inc. Not to mention the mother of five is crafting a designer woman’s shoe line sans the high-cost, penning her forthcoming book and placing additional television and movie production ventures on her radar.

The Los Angeles native spoke to BlackEnterprise.com about shopping her reality TV series around, taking your idea from concept to fruition and her three pointers to making it all happen.

Align yourself with the right people: 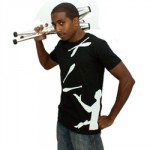 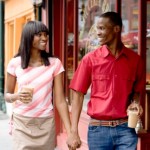 WATCH: Working Your Style – How to Change It Up This Valentine’s Day

FacebookTwitterYoutube
← Financial Worker Quits Job to Tackle Juggling ← WATCH: Working Your Style – How to Change It Up This Valentine’s Day
×