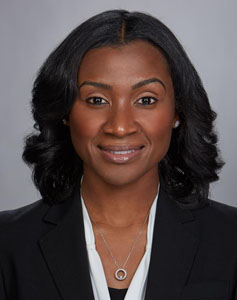 On June 1, Shaw University in Raleigh, North Carolina, announced that Tashni Dubroy, Ph.D., will be its new president effective Aug. 1. She replaces interim presidentÂ Gaddis Faulcon, who has served in that role since January 2014.

The president-elect and Shaw alum is making fiscal responsibility a primary goal. “With my appointment, the statute of limitations on our fiscal inefficiencies has expired,â€ Dubroy stated in a speech following the announcement. The oldest HBCU in the South, Shaw has struggled with stabilizing its leadership and finances. According to the News & Observer, the school has had five presidents in six years.

Dubroy, who has worked at Shaw for the past five years as a chemistry professor and department head, and more recently as special assistant to the president, was praised during the announcement for finding the university $2 billion in savings.

“We are open for business and partnerships,â€ Dubroy stated in her speech. “I will focus on expanding our revenue streams to include grants and donations that have yet to be explored. Both public and private entities have been waiting to partner with Shaw for some time. This move is a testament to the fact that Shaw is ready.â€

Dubroy also said that she would hold the school more accountable to its students, and noted the need to effectively prepare students for the workplace: “Shaw needs to have attractive programs that will allow us to fill pipelines for companies like Red Hat and Cigna. Our students need to be competitive.â€

“I look forward to leading the university so it can be in a position to succeed tomorrow and continue for the next 150 years after that,â€ Dubroy said. “It’s a new day at Shaw University.â€