She Got The Fever: WNBA Drafts Ameshya Williams-Holliday As Its First HBCU Pick In 20 Years 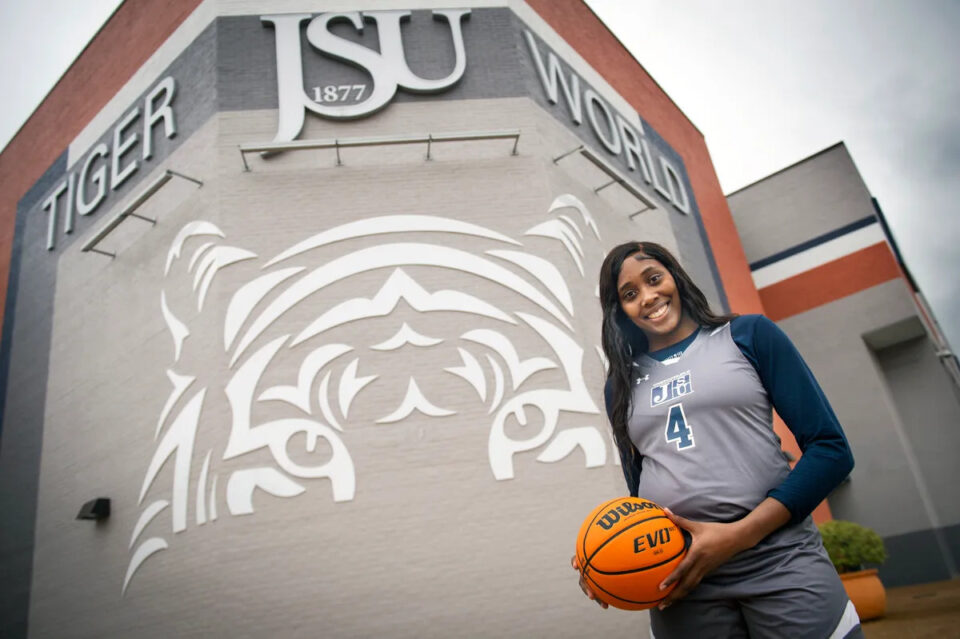 Monday night’s 2022 WNBA draft was a historical moment for many schools, including Jackson State University.

Ameshya Williams-Holliday, a Jackson State University (JSU) senior, was the first HBCU pick in 20 years when she was selected 25th in the third round by the Indiana Fever, making this achievement monumental, CNN reported.

“It’s an honor, a dream come true, and a blessing to be able to be a part of history and to be able to open doors for our HBCU community,” Williams-Holliday said in a statement to the news outlet.

“Being a trailblazer feels amazing, but there is so much more to accomplish.”

Upon hearing the news late Monday, the new Indiana Fever draft pick was excited to share the celebratory news with her family and friends in Gulfport, Mississippi.

“I’m grateful, I’m thankful, and I just want to thank everybody that helped me through this journey and kept pushing me to keep going and never give up,” Williams-Holliday said.

I JUST WANT TO THANK GOD. IT SEEM SO UNREAL🥺. BUT I DID IT YALL ‼️💯#IGOTTHEFEVER🔥
#6

“I’m very grateful for this opportunity to continue my career on the next level and, most importantly, to continue to be a great example for my son Jace and my younger siblings and for the kids in my community,” she said. “I want every HBCU athlete to never lose hope and to know anything is possible.”

Since the WNBA’s founding in 1996, only five players from HBCUs have been drafted. Two players hailed from Howard University: Denique Graves in 1997 and Karen Wilkins in 1998.

With only 36 draft slots annually, approximately 13% of draft-eligible players are from the Power Five conferences, according to 2020 NCAA stats.

“I think if I was at a Power 5 school, it would be a different story of me being drafted or trying to get my foot in (the WNBA),” Williams-Holliday said in an interview last week with ESPN’s Andscape.

“People think (HBCUs) can’t compete with other top institutions (or) a Power 5 school, but that’s not true,” she said. “I think we deserve to be on the same level. I do think if I was still at Mississippi State, I would be a first-round draft pick.”

And yet, the HBCU community is still proud.