Sherrilyn Ifill On The Legacy of Brown v. Board of Education 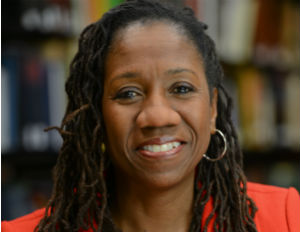 It will be 60 years on May 17, 2014, since the historic decision was made in Brown v. Board of Education that changed our country and its education system forever. Ushering in new laws that made segregation in our school system unconstitutional and opening the doors for African American students to attend the school of their choice, the decision in the Brown case is what we credit for the progress that’s been made in America’s education system. Yet, under no circumstance does this progress mean our work is done, as the fight for equal education and academic achievement for all students is one that we’re still battling today.

Black Enterprise.com caught up with the President of the NAACP Legal Defense and Educational Fund, Sherrilyn Ifill, to discuss the anniversary of this historic case, the civil rights issues that our country still faces 60 years later and what needs to be done in order to ensure diversity in schools.

RELATED: 5 Hard Facts That Prove Education Is Still Not Equal

BlackEnterprise.com: 60 years later, do you think the promise of Brown v. Board of Education has been fulfilled?

No, not completely. That’s our job to fulfill the promise of Brown. It was an extraordinarily high moment and important moment in this country’s history. I think the most important constitutional moment in 20th century and it really changed America. We can’t lose sight of the extraordinary world that Brown birthed in this country, one that many of us take for granted. The access we have to state institutions and other places that we want to learn and work in all were birthed by Brown. So I think sometimes we jump right to what hasn’t been accomplished before we take a moment to really pay attention to what Brown ushered in. It really was an extraordinary and important moment to have the Supreme Court articulate the equal citizenship of black people, which had been denied for more than 70 years since the post-reconstruction period. That the words of the equal protection clause actually meant what they said.

Yes, we definitely can’t discredit the changes Brown has ushered in and the progress that’s been made. But we all know there’s still room for improvement, as an achievement gap still exists. Would you consider education equality to be one of the civil rights issues of today?

I think you can call economic access as the civil rights issue of today too. I think of voting rights as a civil rights issue of today and frankly the number one issue in our democracy because the extent to which we don’t protect and guard the voting rights of all of our citizens we actually threaten the health of our democracy. So I think we have some very serious problems that we’re engaging. I think the 2008 economic crisis has revealed the fragility of many who were in the black middle class and produced the largest wealth loss in the African American community ever. And there has not yet been a concerted and effective civil rights response to that. So I try not to do hierarchy. I think we’ve got some very serious problems. The criminal justice system and the system of mass incarceration that is destroying and hollowing out so many black families and communities is I think, one of the most egregious problems this country faces. We will look back on this 50 years from now and we will be astonished that we allowed this system to proliferate and have the kind of effect that it’s had on our country. So I don’t put one in front of the other. I simply say we have to all go in and work together on these problems, and they’re all interconnected. Education cannot be separated from economic opportunity. Economic opportunity cannot be separated from criminal justice.

I think we have a handful of states that have taken the course of Michigan and I don’t want to overstate that. I think our job is to make sure that it doesn’t spread. Interestingly, if you look at the latest PEW poll, affirmative action is actually growing in popularity. I think there’s a way in which the Supreme Court’s decision in Grutter, which had so much build up before it, has allowed affirmative action to become part of what people understand, at least in the context of universities, as something that’s expected. There’s still certainly a resistance to affirmative action in many quarters and we don’t deny that. But it’s also true that many state university systems, including the one in Michigan, as well as corporations, the United States Army and other important institutions in our country greatly value diversity. They accept and support affirmative action in order to achieve diversity. They recognize that a diverse workforce and learning environment actually produces better outcomes for everyone, not just minority students. It produces better thinking, more exposure, the ability to work in teams and lead diverse teams. The benefits of affirmative action have been fully embraced by corporate America, by the United States military and by most of our country’s universities.

Speaking of diversity, there are reports that show the diversity of American teachers does not match that of our increasingly diverse student body. What do you think can be done to get more minorities into the teaching field?

I say across the board it will be really helpful if the language that we use to talk about teachers was respectful so that young people thought this was an honorable profession to enter. I also think teachers need to feel that they are going to grow in their job. I think we’re rightfully concerned about students, but the entire environment of a school has to be a learning environment. It has to be one in which teachers feel they too are growing and developing as professionals, and I think we need to be attentive to that. And then teachers also need to feel that they can take care of their families. So I think we need to also look at some of the other conditions in cities. For example affordable housing, if you take a city like New York, it’s very hard on a teaching salary to imagine that you’re going to live comfortably in NYC. It’s very difficult. So things like housing and transportation are important for young people to believe this is a profession in which they can raise their families and live a comfortable life after studying it. And frankly, not unrelated is the issue of student loan debt. If you’re going to get your four-year college degree and then your master’s degree and become certified as a teacher, you’re likely to have some student loan debt and increasingly we’re seeing that student loan debt is driving what students feel they can do in terms of a profession. So if we saddle students with debt, we then cannot expect them to take modest paying jobs as teachers.

Spike Lee, Tim Story and Will Packer to Screen Latest Films at The ABFF in NYC

FacebookTwitterYoutube
← Spike Lee, Tim Story and Will Packer to Screen Latest Films at The ABFF in NYC ← Beyond Nollywood: New Band of Africa’s “Hottest, Brightest Stars” Sparkle in NYC
×