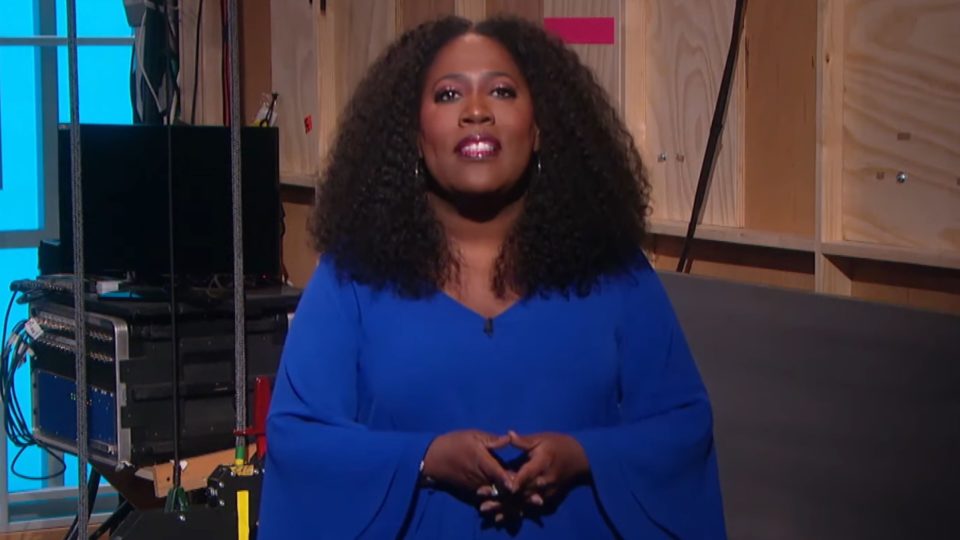 Who better to welcome The Talk viewers back from the show’s controversial hiatus than the co-host who got into the heated race debate with former host Sharon Osbourne.

Sheryl Underwood kicked off the daytime talk show’s return to the airwaves on Monday, after almost one month of being off-air pending an investigation into misconduct claims brought against Osbourne. “It’s time for an episode of ‘The Talk’ that will be unlike any other we’ve had before,” Underwood said, as captured by Page Six. “… As you may know, during our break, Sharon decided to leave ‘The Talk.’ We need to process the events of that day and what happened since, so we can get to the healing,” she added.

Underwood went on to explain how she and co-hosts Elaine Welteroth, Amanda Kloots, and Carrie Ann Inaba will “honestly discuss what occurred” surrounding Osbourne’s high-profile exit from the show. “And we’ll also show you how anyone can become more comfortable discussing important issues and having difficult conversations. By the end of the hour, we want everyone to feel empowered and ready to move forward.”

During the hiatus, Osbourne revealed her apology attempts to Underwood through text messages that went unanswered. “I not only sent these messages to Sheryl but I apologized to her in person in her dressing room. Why are you saying I never apologized, Sheryl?” Osbourne told the Daily Mail last week. “What are you trying to do to me? Why are you trying to destroy my reputation? Just be honest. Tell me.”

While speaking to the audience on Monday, Underwood admitted that she did receive the texts and explained why she didn’t issue out a response to Osbourne. “But there were text messages sent to me. And the reason I did not respond to those text messages is because they were coming to me during the internal investigation,” Underwood revealed, according to Insider reports.

Underwood and Osbourne got into a fierce on-screen debate after Osbourne attempted to defend Piers Morgan amid backlash he was receiving over his public criticism of Meghan Markle and her interview with Oprah Winfrey. The conversation quickly turned into a racism debate, at which Osbourne became emotional and told Underwood “don’t try and cry, ’cause if anyone should be crying, it should be me.”

While speaking with a life coach on the return episode, Underwood explained how challenging it was for her to maintain her composure with Osbourne and not fall into the ‘angry Black woman’ stereotype. “That really scared me — I didn’t want to be that,” Underwood shared. “I wanted to remain calm and focused. I just feel the trauma. I feel fearful and apprehensive. It is difficult to go back to that day because I feel the trauma. That really scared me.”