The 10 Best #ShmoneyDance Videos You Should See 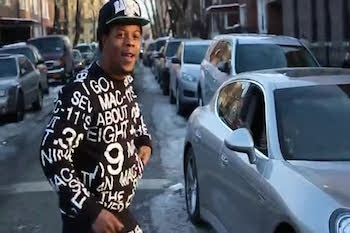 The Internet is a very maniacal place to be if you’re not ready for it.

For up-and-coming Brooklyn crew, GS9, the collective has broken through the clutter with a video that’s gone viral. Led by Bobby Shmurda, Rowdy Rebel, Hood, Abilliion, and Dwagavelli, the Kings County set has influenced the Web with not only their single, but with their infectious dance moves.

Thanks to Vine, millions around the world witnessed Bobby Shmurda toss his hat, swivel his hips, and inject the “Shmoney Dance” into the everyday lexicon of pop culture watchers everywhere. The Internet, which is a haven for creativity, infused its wit into the gang’s music video.

So, without further ado, we present the 10 best #ShmoneyDance clips that you should check out for a hearty laugh.