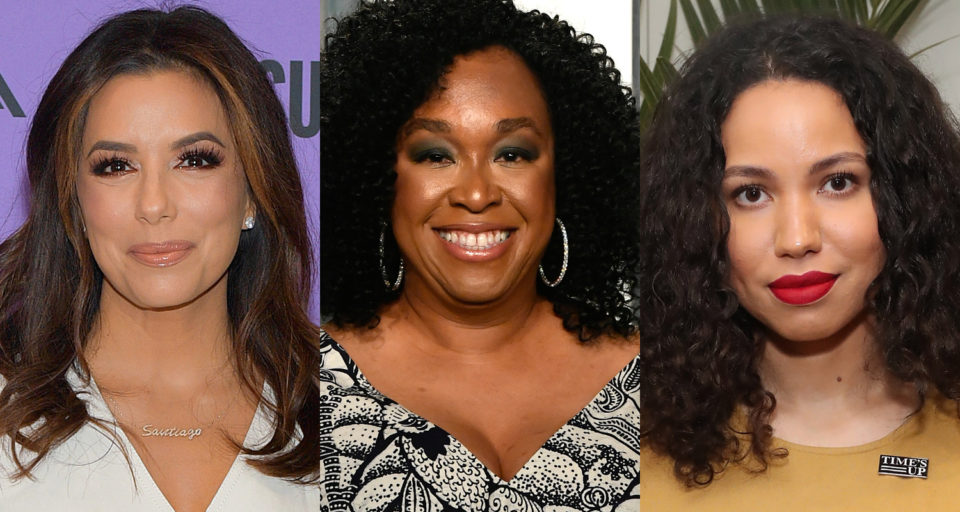 The Time’s Up board has made a move towards “new leadership” with the exit of three A-list names from the organization.

Director Shonda Rhimes, and actresses Eva Longoria and Jurnee Smollett all stepped down from the board and Monifa Bandele was added as the interim CEO, NBC News reports.

The women’s rights group released a statement saying a few “of the existing board will be stepping aside over the next 30 days” to give Bandele time and space to refocus the organization’s leadership and continue its mission of supporting safe, fair, dignified work for all women.

“We see the current crisis within TIME’S UP as an important opportunity for growth and change,” the organization said in the statement. “TIME’S UP is ready for new leadership, and we want to move forcefully toward its new iteration.”

Colleen DeCourcy, Raffi Freedman-Gurspan, Ashley Judd and Gabrielle Sulzberger were all asked to stay on to help ensure a smooth transition.

The new shakeup comes one month after Time’s Up Chairwoman Roberta Kaplan resigned following a report from the New York attorney general that revealed the counseling she provided to former New York Gov. Andrew Cuomo after he was accused of sexual harassment by a former adviser last year.

Shortly after Kaplan’s resignation, Time’s Up CEO and President Tina Tchen also resigned amid the same revelations that the group’s leaders helped Cuomo who also resigned as Governor last month.

Longoria continued to speak highly of the Time’s Up movement despite her departure.

“It’s okay to make mistakes in the efforts to topple the patriarchy,” Longoria told Variety. “Mistakes will be made. It doesn’t mean the efforts should stop.”

“We have to continue. We’ve been under thousands of years of a patriarchal society,” she added. “It’s not going to topple in the three years that Time’s Up has existed. We have so much more work to be done.”