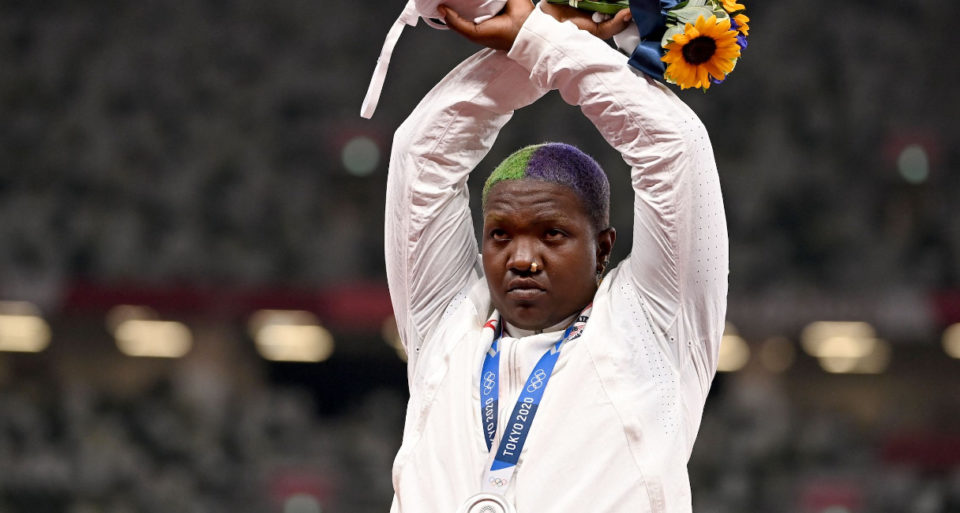 Clarissa Saunders died in Orlando, Florida, where she was attending a watch party of the competition; her family reported to WCBD-TV, a news station in Saunders’ hometown of Charleson, South Carolina.

Saunders, also known as “Hulk,” announced her mother’s death Tuesday morning on Twitter. She also said she’d be taking a break from social media to care for her mental health and family.

“My mama was a great woman and will forever live through me. My number one guardian angel,” Saunders tweeted. “I will always and forever love you.”

Within the tweet, Saunders’ mother and another family member are seen supporting her at an earlier watch party in South Carolina. Her mother said not being in Tokyo “is a little bummer, but hey, we’re cheering from here. Hopefully, she knows we’re here cheering for her. She’ll do good. I’m pretty sure she’ll do good.”

United States of America Track and Field and the United States Olympic and Paralympic Committee issued a joint statement on Twitter offering their condolences to Saunders.

The USOPC & USATF would like to offer Raven our most sincere condolences. Her mother leaves behind an incredible legacy in her daughter for who we are so proud and grateful to call our teammate. Our thoughts and prayers are with the Saunders family during this difficult time.

According to WCBD-TV, Saunders’ family is working on bringing her home from Japan.

According to Reuters, Saunders is under investigation by the International Olympic Committee for an arm gesture she made during the medal ceremony. After receiving her silver medal, the Olympian raised her arms to form an “X” above her head.

The committee claimed she broke its rules on athletes protesting at the Tokyo Olympics.

When asked what the gesture meant during a photo opportunity at the medals ceremony on Sunday night, Saunders said the “X” represents “the intersection of where all people who are oppressed meet.”

“I’m a Black female. I’m queer. I talk about mental health awareness. I deal with depression, anxiety, and PTSD a lot. Me, personally, I represent really being at that intersection,” she continued.

Following her mother’s death, the IOC has suspended all investigations into her actions for the time being, according to CNN.