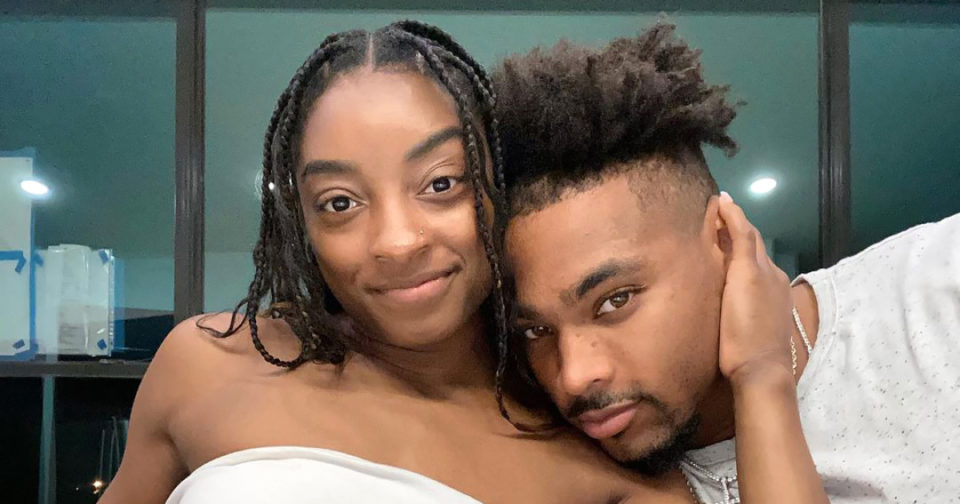 Simone Biles’ boyfriend, Jonathan Owens, showed just how strong her at-home support system is. The NFL player took to social media to encourage his girlfriend amid her stepping back from the Tokyo Olympics.

Biles has been under fire after choosing not to compete in the gymnastic finals on Tuesday. There have been mixed reviews on her decision to forfeit the games in order to prioritize her mental health.

On Thursday, Owens, a safety for the Houston Texans, took to Instagram to share a photo slide dedicated to his Olympian bae.

“Imma ride with you through whatever baby. Your strength and courage is unmatched and you inspire me more and more everyday SB,” he captioned the heartfelt post.

“You always gone be my champ baby and don’t you ever forget that, i love you so much and i can’t wait till you come home and i get to see that beautiful smile again. You know I’m always here for you baby,” he added.

Biles’s decision to remove herself from the finals came after her shaky performance on the vault. On Thursday, Biles credited the mishap to a case of the “twisties,” the New York Post reported.

“Literally cannot tell up from down,” Biles said. “It’s the craziest feeling ever. Not having an inch of control over your body. What’s even scarier is since I have no idea where I am in the air I also have NO idea how I’m going land or what I’m going to land on. Head/hand/feet/back.”

The four-time gold medalist has said her exit is to focus on her mental health, something many are praising her for, while others criticize the decision.

On Wednesday she shared a tweet thanking her fans and supporters.

“The outpouring love & support I’ve received has made me realize I’m more than my accomplishments and gymnastics which I never truly believed before,” Biles wrote.