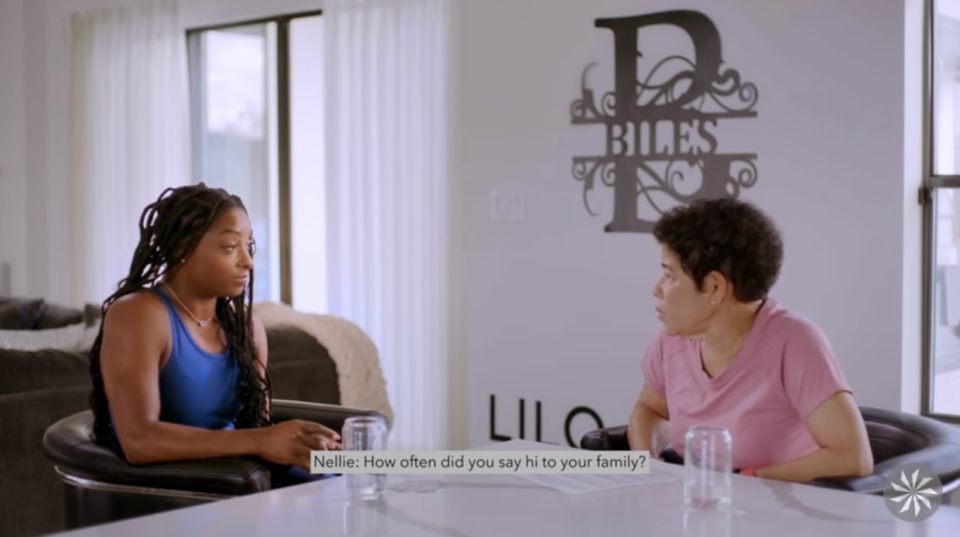 Simone Biles opened up about her mental health struggles and what she was going through during the Olympics.

In a candid interview with her mother, Nellie, Biles explains how her mental health struggles likely began before the Tokyo Olympics.

Biles believes the mental health issues that forced her to withdraw from the Olympic team final and several individual events began before she got to Tokyo.

“I wouldn’t even say it started in Tokyo. I feel like it was probably a little bit deeper-rooted than that,” Biles said. “I think it was just the stress factor. It kind of built up over time, and my body and my mind just said no. But even I didn’t know I was going through it until it just happened.”

Athleta, one of Biles’ main sponsors, released a six-minute video Monday of the gymnast candidly answering questions from her mother about what happened in Tokyo and the world’s reaction to it.

The gymnast, who has the most world medals and remained undefeated prior to the Olympics, talked to her mother about her level of disappointment.

“It just sucks. Train five years; it doesn’t go the way you wanted,” Biles said. “But I know that I helped a lot of people and athletes speak out about mental health and saying no. Because I knew I couldn’t go out there and compete. I knew I was going to get hurt.”

Biles eventually decided to withdraw from the all-around, vault, uneven bars, and floor exercise finals during the Olympics.

Biles said she received support from other athletes who have known what the experience is like and the mental toll it can take on you.

“I obviously was expecting to feel, like, a lot of backlash and embarrassment,” she said. “But it’s the complete opposite. That’s the first time I felt human. Besides Simone Biles, I was Simone, and people kind of respected that.”