Singer Ayana George on Her Broadway Journey and Role as Katherine Jackson in MJ: The Musical 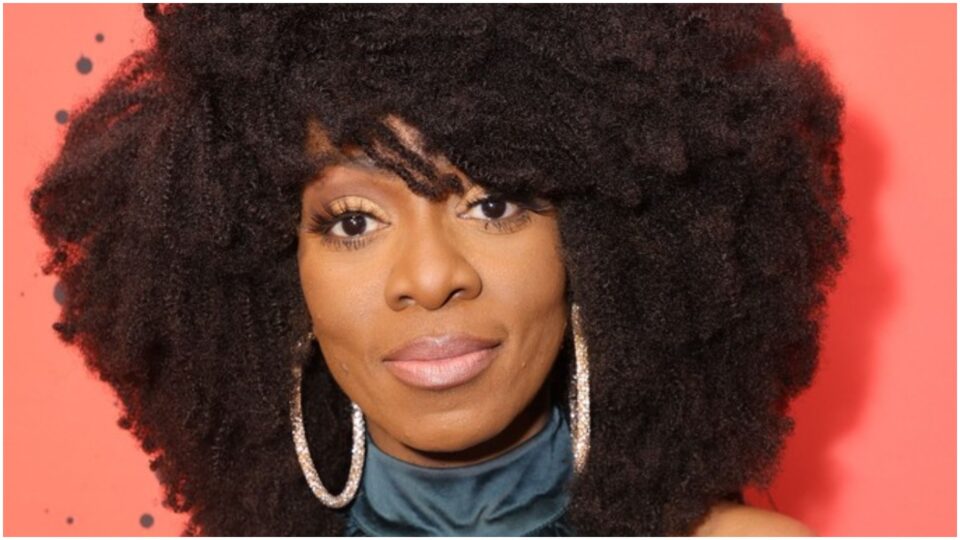 Ayana George is a walking testimony that it is never too late to pursue and manifest the life you want and to live out your dreams. At 50, George is stepping out of the background and into a lifelong dream. The songstress made her Broadway debut in MJ: The Musical, playing the role of Katherine Jackson (Michael Jackson’s mother).

Soon to be Mrs. Jackson in real-life, the newly engaged Bronx native’s textured voice and serene presence has led her to worldwide stages as a supporting vocalist for artists including John Legend, Jazmine Sullivan, Jennifer Lopez, Chaka Khan, Bishop Hezekiah Walker, Donnie McClurkin, and Kirk Franklin, to name a few.

BLACK ENTERPRISE caught up with George to chat about her journey, the road to Broadway, and how her faith has brought her to her mountaintop experience.

How does it feel to make your Broadway debut at 50?

SURREAL. This is something I envisioned as a child, and now, after the ups and downs and the ins and outs of life, I am HERE—literally, in awe every day. It also feels right on time. Not a minute too late, nor a moment too soon. I’m right on schedule, and I believe there’s more to come.

What was the biggest challenge taking on the role of matriarch Katherine Jackson?

I am playing Katherine Jackson, one of the most iconic matriarchs of our time. I had to wrap my head around THAT first! Mrs. Jackson is a beautiful blend of both soft and strong. Making sure I could portray that balance effectively, I might say, was the biggest challenge.

How has your faith prepared you and played a role in your career?

Even before I knew how to pray, I would sing to God. That was how I communicated with him because I felt singing was the best I could offer to Him. It was the gift He gave me that I wanted to give back. As I matured, I believed my voice was meant for more, so that is what I went after. Things didn’t go as planned, but it was my faith in God that gave me the determination to keep going. Because I knew HE had a plan—one I didn’t expect but am so thankful for. Now, I’m here expecting more of the unexpected and preparing myself for it by faith and by doing the work. Some scriptures have helped me to remain focused and encouraged throughout my journey. I now know there is greatness within me, and I am right where I belong.

None of us can achieve success without some help along the way. Is there a particular person who helped get you to where you are?

I’m happy to say there are a few people. The late Schon-Jomel Crawford called me into my first studio session singing background. The late Ron Grant opened the door for my first experience as a recording artist. Jason Michael Webb, who introduced me to the world of Broadway, and Christopher Wheeldon, who allowed me to make my Broadway debut. The level of gratitude I have for these beautiful souls is beyond words.

What advice would you give to someone who may want to give up because their dreams haven’t manifested yet?

I believe our dreams are God’s desires for us that He allows us to get a glimpse of. With that in mind, what a tragedy it would be to give up on that. Giving up is an express train to failure. You’ll never know what can happen unless you try…and KEEP trying. If one way isn’t working, find another. See yourself succeeding even before it happens. Our minds are so extremely powerful. What we feed it is what will manifest. So, mind your mind. Think well of yourself. Speak well to yourself. Do not compare your path to others, and understand this is a journey, not a race. Fall in love with the process. And always, always go back to the glimpse.