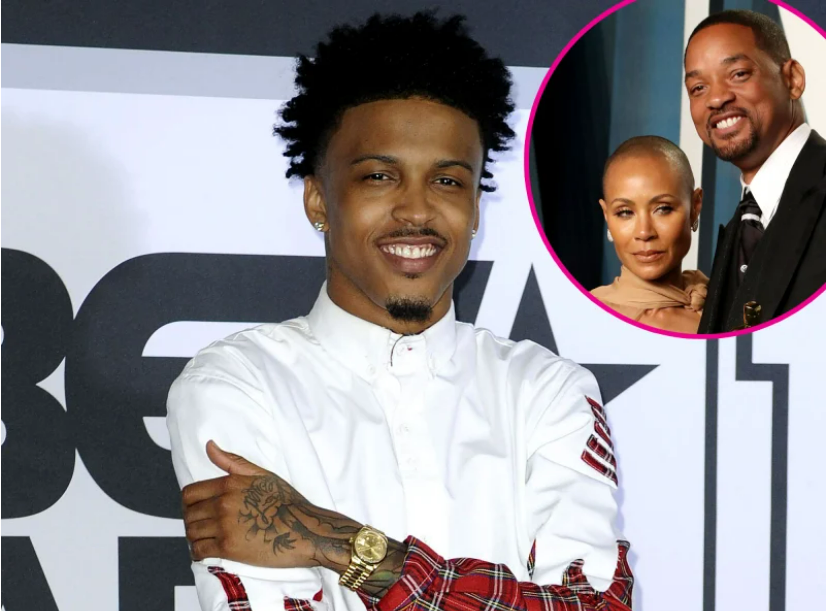 If there’s one person who doesn’t have a dog in the Will Smith/Chris Rock fight and who probably needs to be a hushpuppy right now, it’s August Alsina, Jada Pinkett Smith‘s ex she had an entanglement with.

But seizing the moment seems to be what the “No Love” singer is doing after he posted a cryptic Instagram message about “choosing peace,” ironically at the same time his ex’s husband decided to choose violence on Sunday at the 94th annual Academy Awards.

On Tuesday, Alsina posted this message:

“Choose peace,” Alsina began his post. “Trusting that life’s intricate puzzle pieces 🧩 are all forming together for the greater good and mastering of the seasonally sometime chaotic nature of your life’s art piece that’s being formed and painted by birthing life to your internal masterpiece; grown through external chaos-metamorphosing alchemy, dark turned 2 light and beauty within.”

We won’t dare unpack those comments…

It’s interesting that he writes about choosing peace right now amid the Smith family’s chaotic week. (And he happens to use the word chaotic in his cryptic message too).

In case you missed it, Alsina, 29, did have a relationship with 50-year-old Pinkett Smith and fell hard for her and admitted to being hurt by their break-up and her make-up with husband Will Smith. His interview with the Breakfast Club’s Angela Yee spawned such chatter online that Pinkett Smith had to come clean and have a sit-down on her Facebook Watch show Red Table Talk where she revealed that the two in fact had an “entanglement” when she and Will broke up.

Will and Jada became a trending topic in June 2020 when singer Alsina admitted to having an intimate relationship with Pinkett-Smith three years earlier, Us Weekly reports. One month later, the celebrity couple decided to sit down at the Red Table and come clean about the dynamics of their marriage and the separation that occurred ahead of Jada’s “entanglement” with Alsina.

When Will asked her to elaborate on what she meant by “entanglement,” Jada confirmed it was a romantic relationship.

“Yes, it was a relationship, absolutely. I was in a lot of pain, and I was very broken,” Jada explained. “Now, in the process of that relationship, I definitely realized that you can’t find happiness outside of yourself.”

While folks are speculating that Alsina’s latest post is about Will and Jada’s current circumstances, we’ll have to wait to see how this all pans out. But the timing is surely suspect!