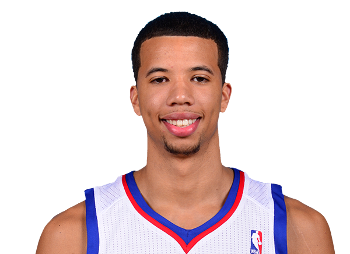 Every draft analysis of the rookie guard Michael Carter-Williams — who is the frontrunner for the 2013-14 Rookie of the Year award — talked about how the young guard out of Syracuse came from a great family.

But according to a new story in the Philadelphia Inquirer, his family might have an even more outsize influence on the young player than previously thought.

“They are taking a proactive approach to make sure he doesn’t spend all his money in a couple of years.”

His rookie contract guarantees him $4.5 million the next two years, which could total $10 million if the Sixers pick up the final two seasons. “But his salary is deposited into a trust he can’t touch for three years. Carter-Williams is living off endorsement deals with Nike and Panini trading cards,” according to the report.

If you’re interested in Carter-Williams’ unique upbringing, the story is worth the read.