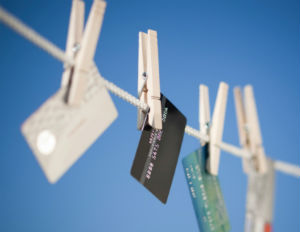 Experian, the leading global information services company, today announced that due to a rise in credit balances and a decrease in delinquency rates, small-business credit quality continued to show significant improvement in Q3 2013.

According to the most recent Experian/Moody’s Analytics report, theÂ Small Business Credit Index rose 2.3 points to 118.5, up from 116.2 the previous quarter. This notes the index’s third consecutive quarterly improvement, and its second consecutive record-breaking mark.

“Small businesses are getting their finances in order. Lower delinquency and stronger credit growth bode well,” saidÂ Mark Zandi, chief economist at Moody’s Analytics. “It won’t be a straight line up for small businesses, and the recent government shutdown hurt, but their prospects are improving.”

Highlights from the report show that credit growth is strong and is growing at a near double-digit level. While total outstanding balances have risen at their fastest rate in two years, delinquency rates have fallen at a consistent pace. In Q3 2013, only 10 percent (the smallest percentage since the recovery began) of outstanding small-business credit balances were past due, down 0.7 percent since Q3 2012.

“For the last year, we’ve seen significant improvements in small-business credit conditions. The reduction in past outstanding balances and improved payment performance by small businesses has provided them with the ability to increase credit balances in the third quarter,” saidÂ Joel Pruis, Experian’s senior business consultant.

“Moving forward, it is imperative that small businesses maintain the discipline demonstrated over the past several quarters. The ability to build and maintain a strong credit profile will help them obtain the appropriate funding to uncover new growth opportunities.”