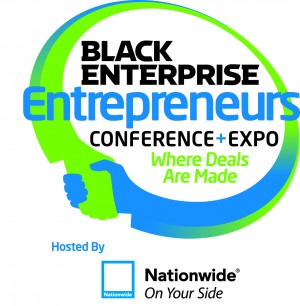 “Raising money in this environment is challenging, even for a business that has been around for a while,â€ says Amy Hilliard, CEO of The ComfortCake Co. (comfortcake.com), founded in Chicago in 2001, who addressed the panel about her business. “With this economy, banks have been navigating rough waters and people have been more conservative, but a savvy investor knows a good opportunity is worth exploring.â€

The finance session “Where Is the Money?â€ offered advice on how entrepreneurs can access everything from microloans to money from private equity firms while “Sourcing Capital for Your Tech Startupâ€Â  gave newbies advice on bootstrapping their startups and approaching venture capitalists as well as alternative financing options such as crowdfunding. Panelists included techpreneurs featured in the CNN series Black in America 4: The New Promised Land — Silicon Valley: Hank Williams of Kloud.co; Angela Benton of Black Media Web L.L.C. and NewME Accelerator; and Anthony Frasier of Playd.

Improving diversity in Silicon Valley was also discussed in addition to the differences between an incubator and an accelerator (see “Fast-track Your Business,â€ Small Biz, this issue). Moreover, one-on-one coaching sessions with venture capitalists and angel investors held throughout the conference allowed a select group of entrepreneurs to solicit feedback about their businesses.

Talking the Talk: Big Opportunities for Small Business
Part of EC’s mission is to help entrepreneurs forge partnerships so that they can have the wherewithal to handle a major contract from a corporation. Seminars were hosted that examined selling to the government and pursuing corporate procurement opportunities.
But there are other ways to do business with big companies, as pointed out by Felecia Hatcher of Feverish Ice Cream during the session “No Store? No Problem! The Virtual Seller,â€ which put the spotlight on successful mobile businesses, pop-up shops, and online retailers.Â  Hatcher has co-branded sweet treats by selling them out of pushcarts with packaging featuring her logo and that of partnering companies. She has distributed Feverish pops at events hosted by major companies such as Universal Music, J. Crew, and W Hotels to help promote their brands. “Once you build a company, especially fusing social media and an experience that is fun, corporations will want to partner with you. It can create a win-win situation … not just financially, but also with helping to further brand recognition,â€ she says.