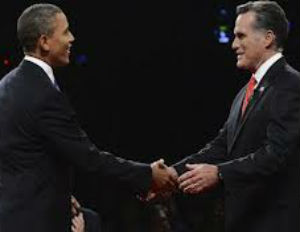 The first 2012 presidential debate may have been lacking in theatrics, but it opened an interesting conversation on specific issues including the issue of small business. Both candidates tout small businesses as the engine of the U.S economy, but do these small companies pack as much of a punch as President Obama and Gov. Romney would like us to believe?

First, some background: A small business is defined as an S corporation that employs less than 50 people. Contrary to popular belief, many small businesses are one-person operations, meaning that these enterprises may make one person very wealthy, but as a whole are not making the majority of Americans better off.

Gov. Romney stated that small businesses are the largest job creators in the country. In actuality, smaller firms are not disproportionate job creators, according to Jared Bernstein, a senior fellow at the Center of Budget and Policy, in a blog for the Huffington Post.

Another misconception lies in the perception that President Obama cut taxes for small businesses 18 times. The truth is he provided incentives to small business owners who spent on services and goods without actually slashing taxes. He also didn’t create the small business job creation problem, according to the report. The current job situation dates back long before President Obama took office.