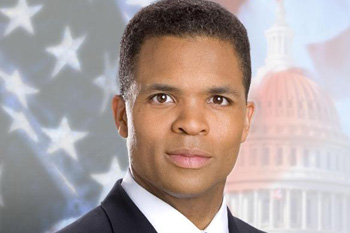 It’s been three years now since there was a national minimum wage increase. The current federal minimum wage was raised from $6.55 to $7.25 per hour as of July 24, 2009. At $7.25 an hour, that comes to just $15,080 a year for full-time work–a figure still below the official poverty line. Small business owners, congressional leaders, and advocates across the country are calling for renewed focus on sub-poverty earnings that millions of Americans are expected to get by on.

Congressmen Jesse Jackson Jr. (D-Ill.), John Conyers (D-Mich.), and Dennis Kucinich (D-Ohio) are among those leading the charge to increase the minimum wage. In June, they introduced the “Catching Up To 1968 Act of 2012,â€ legislation which would raise the federal hourly minimum wage to $10.Â The $10-an-hour rate “may sound like a hefty wage increase but it doesn’t fully equal the purchasing power of the minimum wage in 1968, which today would be closer to $11 per hour,â€ Jackson said at a press conference. Minimum wage has not kept up with inflation since 1968, its historical high point. Raising wages would allow American workers a degree of catching up. But in a Republican controlled House, the bill has been stagnant. President Obama also has proposed raising the minimum wage to $9.50 an hour.

Holy Sklar, director of the Business for a Fair Minimum Wage project, says that though “worker productivity grew 80% from 1973 to 2011,â€ the average worker’s wages–adjusted for inflation fell 7%. Advocates also claim that today’s low-wage workers are older and better educated than in the past. Minimum wage has not risen in step with low-wage workers’ age and educational attainment since 1968.

Opponents of minimum wage increases have argued that it would negatively impact hiring. “Increases have not produced the loss of jobs in the ways opponents of these types of proposals predict,â€ says Jeanette Wicks-Lim, an assistant research professor at the University of Massachusetts’ Political Economy Research Institute. Recent research shows minimum wage laws enacted in the past “have not had a negative impact on workers’ job opportunities.â€

Ross says the benefits of a higher minimum wage for businesses boils down to three areas: profit, productivity and prosperity. Â In terms of prosperity, “you want wages raised to the level where workers can afford rent, health care, and food for their families,â€ he says. “When rent increases greater than wages, workers will feel why bother coming to work.â€ By raising wages you get decreased absenteeism, higher worker morale, and greater productivity, he explains.

Ross concedes it is a balancing act for businesses between offering an ideal wage and keeping production costs low or not having increasingly high prices for goods and services. The 47-year-old African American businessman says he knows firsthand what it is like to barely make ends meet, growing up and watching his parents work hard every day only to find themselves struggling to put food on the table and relying on government assistance programs.

Ross says raising the minimum wage also increases consumer buying power and in turn profits for business owners, managers, and shareholders. People who experience a rise in income spend more money. An increase in consumer consumption means an increase in demand for goods and services.

“Businesses don’t expect the costs of energy, rent, transportation and other expenses to remain constant, yet some want to keep the minimum wage the same year after year, despite increases in the cost of living,â€ says David Bolotsky, founder and CEO of online retailer and mail-order house Uncommon Goods in Brooklyn, New York, and a member of Business for a Fair Minimum Wage. “That kind of business model traps workers in poverty and undermines our economy. The minimum wage should require that all businesses pay employees a wage people can live on.â€