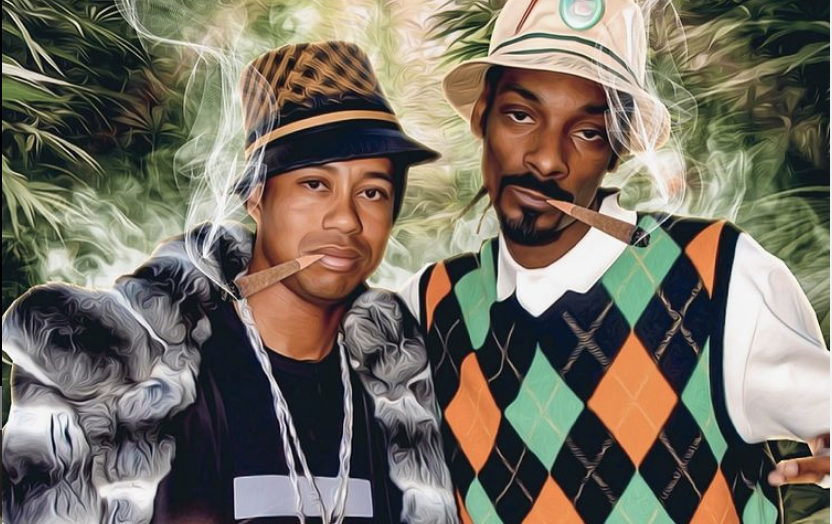 According to the lyrics in question, Snoop stated, “Still sippin’ gin and juice while I’m smoking marijuana / I bet you never blew with Obama.”

It hasn’t been confirmed if the rapper actually smoked weed with the former commander-in-chief, but it’s no secret that Obama partook in smoking Mary Jane in the past.

Get Fluent reported that 44 admitted that he had an up-close and personal relationship with herbs.

“When I was a kid, I inhaled frequently. That was the point,” he said during his run for president in 2008.

Obama also revealed he smoked marijuana in his memoir, “Dreams from My Father.”

Although it’s purely speculative, the thought of Snoop Dogg and Obama getting lifted while sharing anecdotes about life would be ill to see.

If Snoop has smoked with the former president, Obama wouldn’t be the only big name in the rapper’s smoke cipher.

When asked did she enjoy smoking weed, Stewart replied, “Well, um, maybe—maybe a little smoke. And not barbecue smoke! He actually does a good job at sharing his smoke with me, and I don’t even smoke!”

In November 2015, the “Deep Cover” rapper launched his  very own cannabis line aptly named “Leafs by Snoop.” He was the very first big-name celebrity to venture into the booming industry.