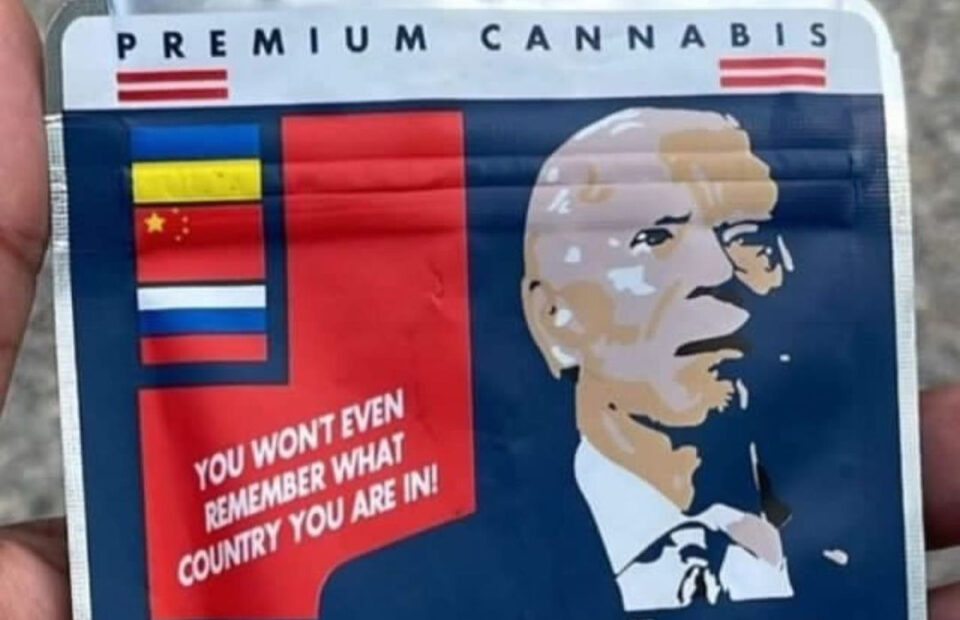 Snoop posted a photograph of what looks like a premium cannabis brand named “Sleepy Joe OG” on his Instagram account last week. The moniker was given to Biden when President Donald Trump dubbed him “Sleepy Joe” during 2020’s presidential campaign.

The package has a caricature of Biden with a backdrop of the Ukrainian, Russian, and Chinese flags. On the wrapping, it jokingly implies that the cannabis is so good that “You won’t even remember what country you are in!”

Snoop, with almost 75 million Instagram followers, had comments from many celebrities. The post garnered more than 620,000 likes.

Last year, Snoop implied in a song he released on 4/20 (the infamous 420 signifies the use of smoking marijuana and it’s aptly a “national holiday” amongst cannabis connoisseurs annually on April 20) that he smoked marijuana with Barack Obama.

The song,”Gang Signs,” was from the EP, From Tha Streets 2 Tha Suites.

In the song, Snoop stated, “Still sippin’ gin and juice while I’m smoking marijuana/I bet you never blew with Obama.”

Benzinga reported that Snoop, whose birth name is Calvin Cordozar Broadus Jr, is a co-founder of Casa Verde Capital, a venture capitalist group that assists with the funding of marijuana-related startup companies. Earlier this year, Snoop and his son Cordell Broadus partnered with the mafia-themed metaverse project MOBLAND to farm digital weed.