Snoop Lion: 'Gays Will be Tough to Accept in Rap World' 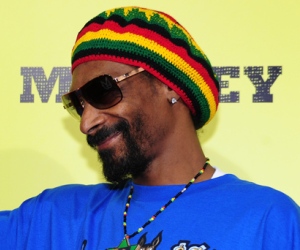 For as long as people can remember, there has always been a perception of homosexuality and Hip-Hop not being hand in hand (Pun intended). Based on the lyrics and overall machismo displayed, there is no doubt an issue with rappers accepting gays.

Snoop Lion just recently reconfirmed the feelings a lot of rappers have been expressing for years. And not to say he doesn’t accept gay people, he just feels that Hip-Hop is similar to football in that it won’t be widely accepted.

When asked about singer Frank Ocean coming out last year, he states, “Frank Ocean ain’t no rapper. He’s a singer. It’s acceptable in the singing world, but in the rap world I don’t know if it will ever be acceptable because rap is so masculine.”