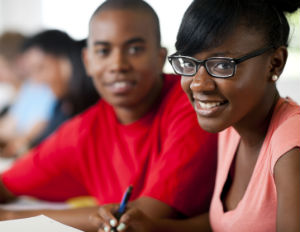 In a powerful article, The Atlantic examines the results of a study that sought to determine if, years later, students who had taken a social justice course were still affected–that is to say, empowered–by it.

The article describes how the students’ life experiences at the time, some of whom were in foster care or had a parent in jail or on drugs, were incorporated into the coursework. Even the race of the teachers–most were white–was addressed as a point of learning. The course also “allowed students to unravel issues of advantageâ€ within the black community, instead of seeing it as monolithic.

Here is an excerpt:

Last summer, the high school English teacher T.J. Whitaker revised the reading list for his contemporary literature course with the addition of a new title– The Savage City, a gritty nonfiction account of race and murder in New York City in the 1960s. The 24-year teaching veteran said he chose the book to give his students at Columbia High School in Maplewood, New Jersey, a chance to read “an honest depiction of the Black Panther Party and the corruption that existed in the NYPD during the ’60s.â€

In a school where black students areÂ half of the student body–and a photo ofÂ two white peers in blackfaceÂ caused an uproar in May–Whitaker’s classroom is a space for students to examine issues such as oppression, classism, and abuse of power. And it’s yielding results.

When the South Orange-Maplewood School District recently considered restoringÂ school resource officers, law-enforcement officials assigned to school campuses, the move was met with sizeable opposition from juniors and seniors in Whitaker’s class. They organized fellow students to attend the public forums and testify on their experiences with local police–both in school and the community. And notably, they relied on Whitaker’s class discussions to bolster their arguments.

Transformative social-justice education is often viewed as a path to more equitable classrooms and cross-racial understanding, at a time when public-school classrooms areÂ increasingly segregated.

Most frequently associated with the Brazilian educator and theorist Paulo Freire, it is an approach growing inÂ popularityÂ andÂ interestÂ nationally. But for students from marginalized and disenfranchised groups–those most in need of upending the status quo–what is the payoff? And how can teachers steeped in this method affect their learning?

Read more at The Atlantic.