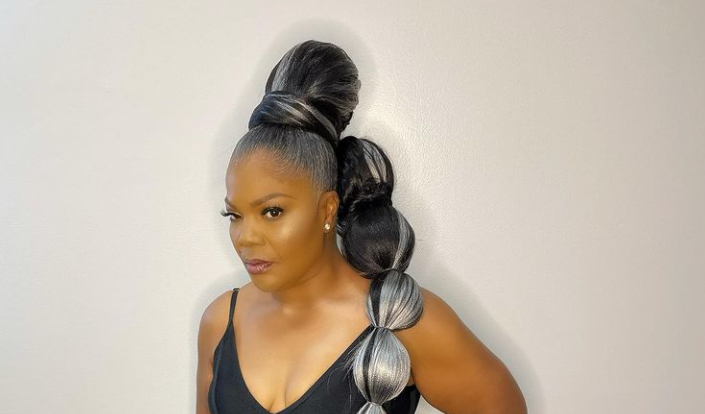 Mo’Nique‘s followers are begging her to put on a bonnet after she debuted a new hairstyle on Instagram.

The Oscar Award-winning actress and comedian took to Instagram over the weekend to show off the bumped-up ponytail she sported while hosting the Fall Back Comedy Jam at Barclays Center in Brooklyn, New York.

“ABOUT LAST NIGHT!!!!New York YALL have been good to me. BARCLAY CENTER we had an amazing time,” she captioned the post before shouting out her glam squad.

“@the_takehomestylist sis you are THE BEST for me. You always SHOW UP & SHOW OUT! @lastlooks_davidday baby who can beat a face in 10 minutes. YOU CAN!!! To all my OLDER TENDERS: ARE U AGING LIKE A FINE WINE❤️? I LOVE US 4REAL.”

The photo slide included four photos showing off Mo’Nique’s black and gray layered updo. While many praised the Original Queen of Comedy in her comments section, many others said she should’ve worn one of those bonnets that she hates so much.

“She shoulda left her bonnet on,” one critic said. “I would rather you wear a bonnet than step out in this love,” added someone else.

The shady remarks were about the bonnet debate Mo’Nique raised earlier this year after she publicly spoke out against Black women wearing hair bonnets and pajamas in public.

In July, Mo’Nique was even snapped in a photo seemingly confronting one young sister who was wearing a bonnet. So, considering how strongly she feels against the look, critics expect her hair to be top-notch anytime she steps out.

She followed up her hair reveal post with another from the night showing love to rapper Rick Ross.

“This brother is truly a GOOD ONE,” she said of the MMG owner.