Social Media Resume's: How Not To Use It In Your Job Search 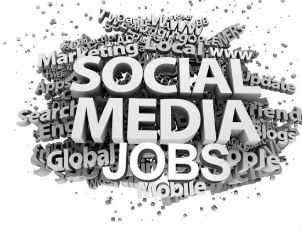 You know your way around LinkedIn. You get that Twitter isn’t all about broadcasting that you’ve just gotten up to make your fourth cup of coffee. And Facebook? Come on.

So on the job hunt, you want people to know this. So badly that you practically want to skywrite it onto your resumÃ©: I KNOW SOCIAL MEDIA.

After all, this is the thing that’s going to set you apart, the thing that’s going to give you an edge, right? Hang on. It’s pretty much expected that millenials will be comfortable with social media. But play up your comfiness with Facebook too much, and it could land your resumÃ© in the reject pile. “There are some recruiters out there that see that as a negative,â€ Mack Collier, a social media strategist, told Brazen Careerist.

Why? Because dwelling on your Twitter know-how can lead people to think that, well, you’re on Twitter twelve hours a day. And that scares employers who might want you to get some actual work done.